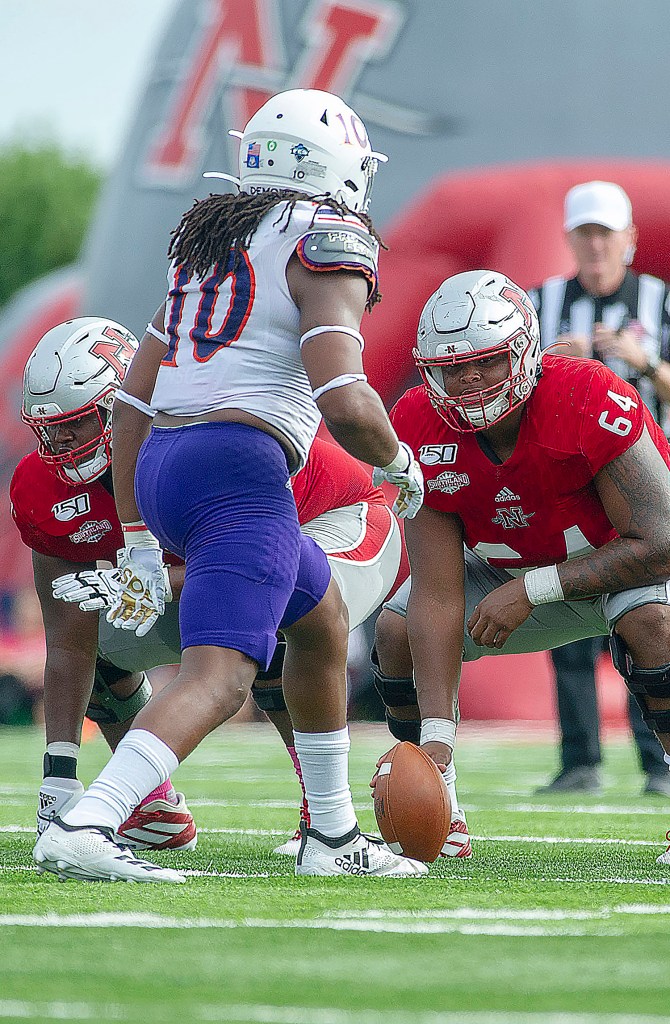 The Nicholls State University football team had three players named to the 2019 HERO Sports FCS All-America Team, as defensive lineman Sully Laiche earned first team, offensive lineman P.J. Burkhalter garnered second team, and linebacker Allen Pittman was named third team.
Laiche led the trio with first-team honors after being named as a top 3 finalist for the Buck Buchanan Award, which is given to the most outstanding defensive player in the FCS. A four-time All-Southland selection, Laiche earned the conference’s top honor this season by being named player of the year, making him the first defensive player since 2007 to garner the award. Laiche finished the season ranked in the top 10 of the FCS in sacks (12.0), tackles for loss (22.5) and forced fumbles (4).
Burkhalter, who graduated from Franklinton High School in 2015, was the anchor for the Southland’s top rushing offense, starting at both center and guard on the offensive line. He helped pave the way for the league’s lone 1,000-yard rusher, sophomore Julien Gums, who totaled five 100-yard games on the ground this season. As a team, the Colonels rank 25th in the FCS with 197.1 yards rushing per game.
Pittman was another four-time All-Southland honoree for the Colonel defense. He finished fourth on the team in tackles with 89, averaging 7.4 per game. He totaled four tackles for loss with two sacks and recovered two fumbles. He had a season-high 11 tackles twice this season, including the opener at Kansas State where he racked up nine solo.