Franklinton comes back from 12 down to win contest over Bogalusa 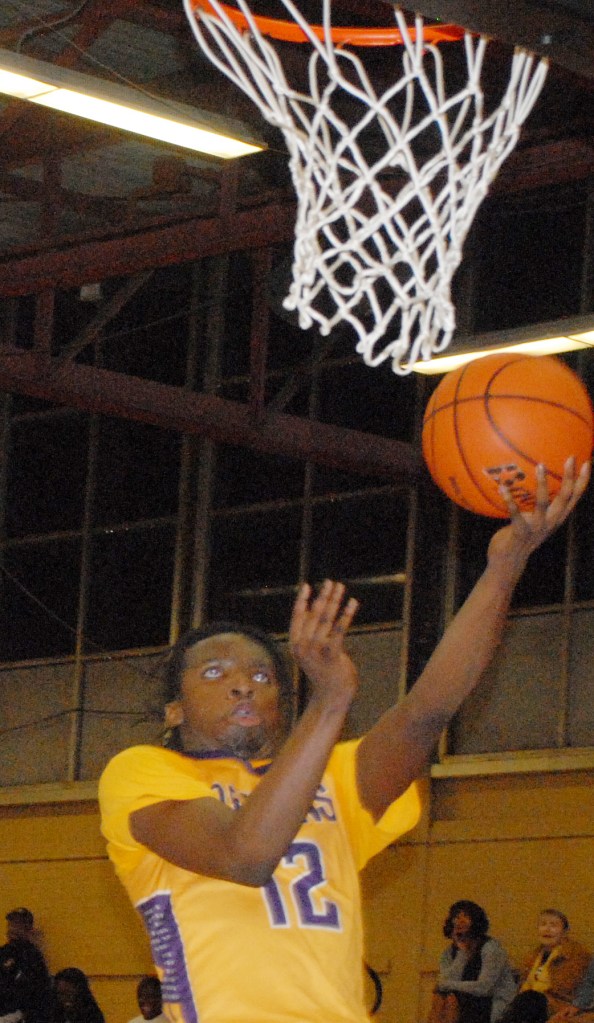 Franklinton trailed by 12 through three quarters, but came all the way back to defeat Bogalusa, 66-64, in a road game held Tuesday.
Franklinton trimmed the lead to 59-54 by the 2:56 mark of the fourth quarter and then scored six straight to take the lead.
The Demons made a backcourt steal that led to Avant Monnie nailing a 3-pointer with 2:27 left. Keyon Nelson knocked down a 3-pointer at the 1:39 mark, giving Franklinton a 60-59 advantage — its first lead since the Demons were up 12-11 with 2:17 left in the first quarter.
But the lead was short-lived, as Javon Bickham hit a layup 19 seconds later, putting the Lumberjacks back in front at 61-60.
The seesaw battle continued when Jaheim Jefferson knocked down a jumper for a 62-61 Franklinton lead with 50 seconds on the clock.
Bickham gave the Lumberjacks the lead back at 63-62 with two free throws with 22 seconds to go.
Shortly after, Franklinton made a steal and Javan Hart hit the bucket, got fouled and converted the 3-point play. Franklinton was up 65-63 with 6.2 seconds to go.
“Our teammate Bobo (Corinthious Dickerson) had the ball,” Hart said. “I just saw him. I saw the lane. I saw the little dude (on defense). He’s small, so I just took him there, got the foul and got the and-one.”
Hart posted eight points.
“The thing about Javan is when he’s active, he’s very disruptive and he’s a good player. He was very active and that’s all I asked of him,” Franklinton coach Brad Oestricher said.
Following the play, Bogalusa had a chance to tie with 2.2 seconds left, but made 1-of-2 free throws. The Demons were fouled with 0.5 seconds left and they made 1-of-2 as well.
“Pretty much basically played five guys the whole game and they battled,” Oestricher said. “We’ve battled all year. We’ve played hard. We haven’t always played well, but we’ve always played hard and that’s what we bank on.”
The first half was close throughout. Bogalusa’s biggest lead in the first half was five at 28-23, while Franklinton’s was four at 10-6.
After taking a 13-12 lead in the first quarter, Bogalusa did not trail until late.
The game was tied at some points in the first half, including 15-15 after one quarter, but Franklinton never did get the lead.
Bogalusa led 34-30 at halftime and 51-39 through three quarters.
“Plenty of mistakes down the stretch,” Bogalusa coach Randall Ginn said. “Coach O (Oestricher) did a great job with his young squad. They shot the ball extremely well in the second half. We had double-digit turnovers in the second half. The team is losing a little bit of chemistry. Right now, they’re starting to point a few fingers, so it’s my job to figure out how to bring them back in to play as a team.
“Obviously we missed enough putbacks and layups tonight to win the game by 20 points — that’s just my guess off the top of my head. When I break down the film (Wednesday), I’m gonna see a lot of blank zeros in the paint and I don’t know if we’re rushing shots because we think they’re going to get blocked.
“We’re contorting our body when we go shoot layups, so we can draw the foul. They’re several things that are going wrong with our layups, so we need to have a shooting and layup drill because God knows they shot the ball better than us and they converted more layups than we did.”
Monnie led Franklinton with 20 points that included four 3-pointers.
Cornelius Laurant put up 16 and he made three 3-pointers.
Dickerson posted 10.
Jefferson had nine, while Nelson added three. Jefferson and Nelson made a 3-pointer each.
Bickham led all scorers with 21 points that included a 3-pointer.
Chance Turner and Josh Taylor tallied 15 each. Taylor knocked down two 3-pointers.
Demarcus Spikes and Quientay Henry posted four each, Jahee Roberts posted three and Raheem Roberts added two. Jahee Roberts hit a 3-pointer.
On Monday, Franklinton lost to Mandeville, 104-77, on the road.
Laurant was Franklinton’s leading scorer with 24 points that included four 3-pointers.
Cameron Stewart was just a point behind at 23. He had two 3-pointers.
Monnie posted nine points, while Dickerson had seven, Nelson posted three and Hart added two. Monnie and Nelson made a 3-pointer each.
Franklinton’s next game will be Saturday at 4 p.m. in the St. Paul’s School Tournament. Bogalusa will be back in action Tuesday on the road against Independence. 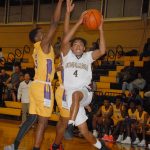