Bogalusa hangs on to defeat Franklinton 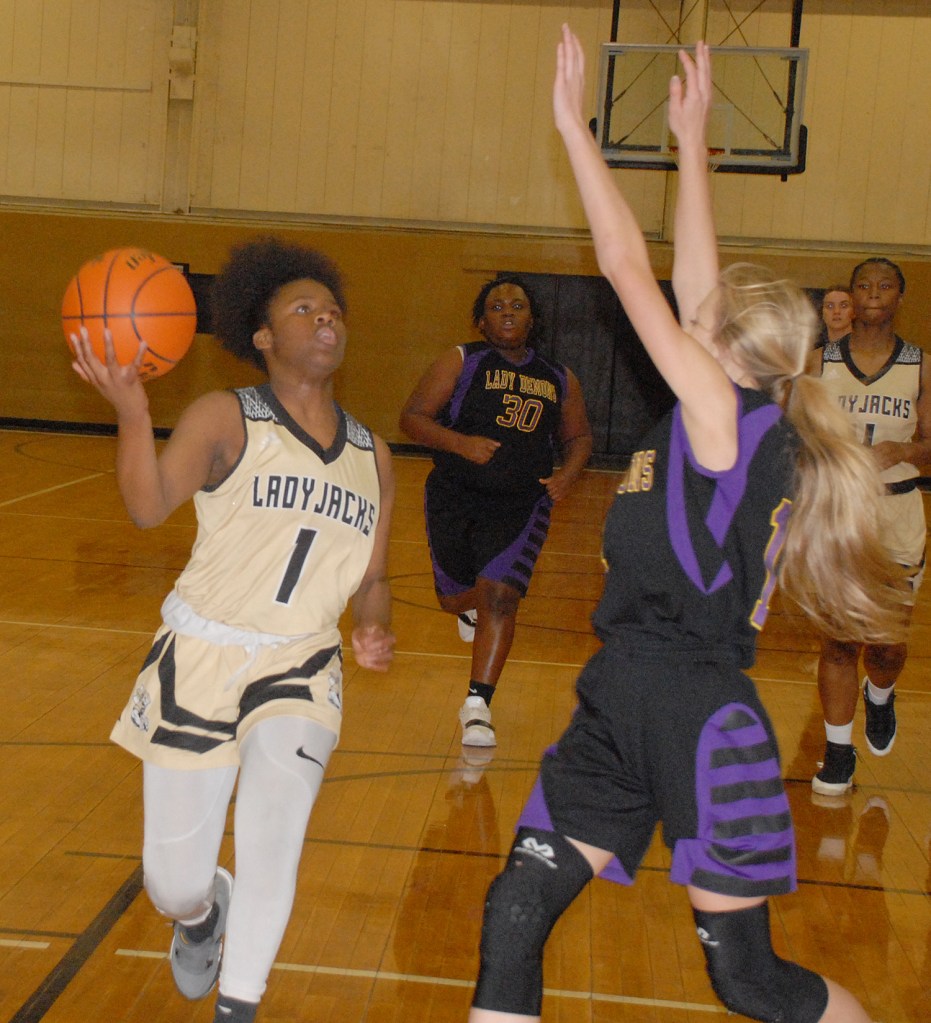 Bogalusa’s Lady Jacks hung tough despite a big fourth-quarter run in a 55-48 victory over Franklinton at home Tuesday night.
Bogalusa took a 45-24 lead into the fourth quarter, but Franklinton started the period with a 17-2 run by creating turnovers — mainly with a full-court press that the Lady Demons turned into points.
“Well, I told the girls they had to come out fighting with a little energy and that’s what they did in the fourth quarter,” Franklinton assistant coach Atari Warner said.
Zykeria Dykes began the fourth quarter by hitting a pair 3-pointers over the first 1:15, closing the gap to 45-30. Dykes then grabbed an offensive rebound and hit the putback to make it 45-32.
Mary Ladner made it a 15-point game with a bucket at 47-32 with 5:51 left, but Franklinton scored nine points in a row.
Bailey Brooks split free throws with 5:44 to go before Addison Carter hit both of hers from the charity stripe. Brooks made a layup, trimming the lead to 47-37 at the 5:15 mark. Dykes pulled down an offensive board and converted the second-chance points and Carter made a steal and made both free throws as Bogalusa’s lead was down to 47-41 with 4:15 on the clock.
Bogalusa responded to Franklinton’s run and put up four straight that made the lead double-digits. Ladner got second-chance points after pulling down an offensive rebound and hitting the putback, before Jaikayla Henry hit for two more and the Lady Jacks had a 51-41 lead with 3:34 left.
From there, the margin never got below seven, as Bogalusa went on to the seven-point victory.
The first half was a completely different story.
Bogalusa was forcing turnovers and turned them into buckets.
Leading 11-7 with 1:24 left in the first quarter, the Lady Jacks went on a 14-2 run.
Tamirecal Peters made a layup to start the run and a Bogalusa steal in the backcourt led to Deranique Lee passing to Peters for two more. The game was 15-7 through one quarter. Peters scored a game-high 20 points.
Bogalusa coach Frank Gambino praised his freshman’s play.
“If we can get her with a fastbreak, nine times out of 10, she’s going to make it and that’s really what her strength is,” he said.
The run continued just over 30 seconds into the second quarter when the Lady Jacks made a backcourt steal and Ladner finished it off with a layup. Lee got inside for two more at the 4:43 mark and it was 19-7.
Franklinton stopped the run momentarily when Carter found Abby Smith for a layup to make it 19-9 with 3:42 to go in the first half.
Bogalusa added six in a row. Ladner hit for two, Lee made a steal and Peters hit the layup. Then, a Bogalusa steal led to Danasia Harris making a layup and it was 25-9 with 2:42 left. Bogalusa had a 28-11 lead at halftime.
“The pressure we decided to do was to back off to save our legs a little bit and it kind of hurt us in the fourth quarter,” Bogalusa coach Frank Gambino said. “We got kind of lazy, but we prevailed tonight and it’s a good job for the girls. It’s all the girls. I had nothing to do with it, it’s all the girls.”
The Lady Jacks added four more points to their lead in the third and had a 21-point lead going to the fourth before hanging on for the win.
Ladner posted 12 points for Bogalusa.
Lee had 11.
Harris and Henry recorded six each.
Dykes led Franklinton with 19 points that included three 3-pointers.
Carter posted 17 and she also made three 3-pointers.
Smith had seven, while Brooks posted three and Aniyah Cooper added two.
Bogalusa’s next game will take place Monday when the Lady Jacks host Pope John Paul II.
Franklinton will be back in action at the Washington Parish Tournament that begins Wednesday. 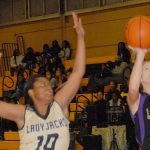