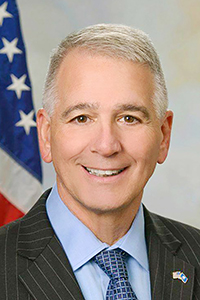 U.S. Rep. Dr. Ralph Abraham (R-La.) said Monday that he was pleased after the U.S. Dept. of Agriculture announced changes to the Supplemental Nutrition Assistance Program (SNAP). The changes will encourage able-bodied adults — those between the ages of 18 and 49, and without dependents — to re-enter the workforce.

“Thanks to President Trump’s pro-growth policies like deregulation and tax cuts, the American economy is booming and providing greater opportunity than has been seen in generations,” Abraham said. “The national unemployment rate has fallen to 3.5 percent, the lowest in 50 years, and unemployment among African-Americans and Hispanics is the lowest in recorded history.

“Despite this great news, 37 million people are still receiving SNAP assistance, even while an estimated 7 million jobs go unfilled. By reinstating SNAP rules as they were intended, able-bodied adults with no dependents will be required to participate in 20 hours per week of work, job training, or even volunteering to help them re-enter the workforce.”

Those with dependents or disabilities will be unaffected by this change, and areas with unemployment higher than 6 percent will remain eligible for a waiver from the requirements.

“Shortly after taking office, President Obama relaxed work requirements for SNAP recipients, more than doubling the number of able-bodied adults receiving assistance in less than two years,” Abraham said. “By reinstating these requirements, the Trump administration has restored a crucial part of the bipartisan Gingrich-Clinton welfare reform of 1996.

“This rule change will help to move more Americans from poverty to prosperity while expanding the labor force and ensuring the best possible stewardship of taxpayer dollars.”

Abraham, from Alto, has been a member of the House Committee on Agriculture since 2015. He represents the 5th Congressional District, which includes Bogalusa and Washington Parish.