Lady Bucs capture all 4 games in past week 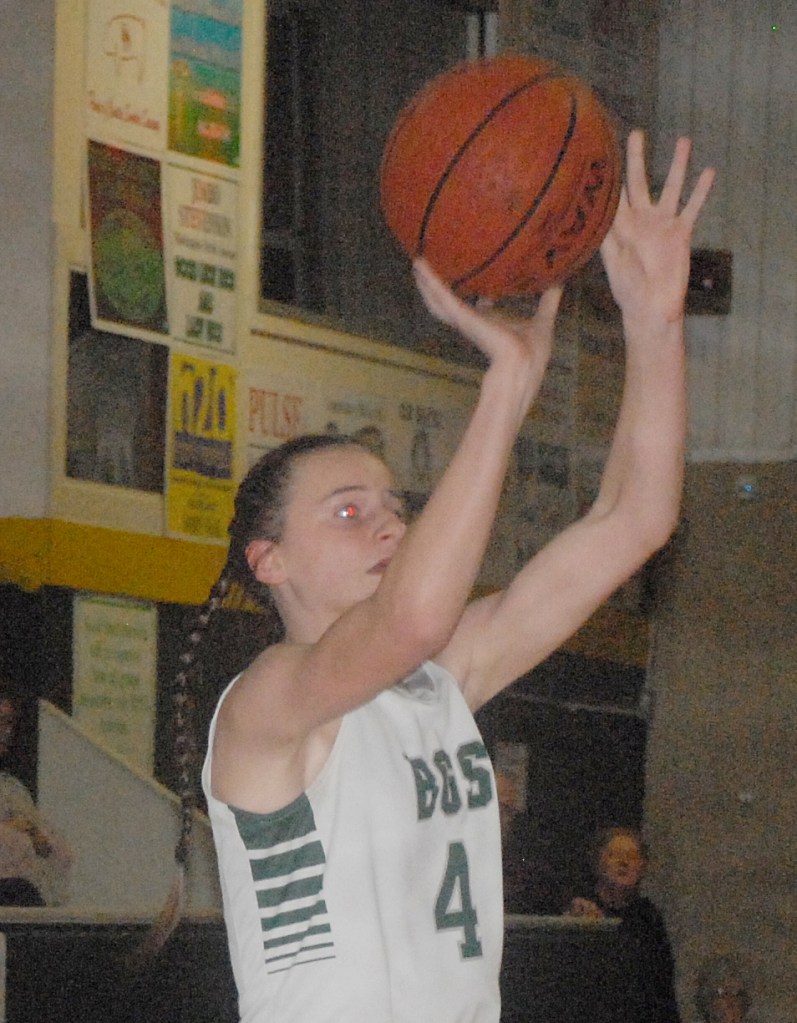 Bowling Green School went 4-0 in games held Tuesday, Dec. 3, through Monday.
On Dec. 3, Bowling Green defeated Ben’s Ford Christian School, 64-33, in a road game.
Macey Jones was Bowling Green’s leading scorer, as she put up 15 points on 7-of-12 shooting. Jones pulled down seven rebounds and blocked three shots.
Bailey Devall tallied 13 points on 6-of-8 from the field. Devall had four rebounds, four assists, three steals and she blocked a shot.
Allie McCain recorded 10 points, three rebounds, three assists and two steals.
Anna Claire Crowe had eight points as she made all four of her shots. She also had an assist and a steal.
Allie Schilling posted seven points on 3-of-4 field goals, and had three steals.
Kyley Seals tallied six points on 3-of-6 shooting, and also added four rebounds, four assists and two steals.
Merci Ray had a point and a rebound.
Lacie Penton had one rebound, while Hope Crowe tallied a rebound and an assist.
As a team, Bowling Green made 50 percent of its shots on 29-of-58 from the floor.
Dani Descant topped Ben’s Ford with seven points, to go with a rebound and a pair of steals.
Bailey Stewart posted eight points, two rebounds, four steals and she blocked a shot.
Kelci Freeman had seven points, four boards and a steal.
Lindsey McGehee recorded four points and seven boards.
Alaina McClelland logged four points, four rebounds and one steal.
Sylvia Rosa had a point, one rebound, a steal and she blocked a shot.
Allie Jacobs and Kimberly Stogner posted two rebounds each, while Natalie Seal had a rebound.
On Thursday, the Lady Eagles were defeated by Amite School Center, 47-34, on the road.
Freeman and McClelland posted 12 points each to lead Ben’s Ford in scoring.
Freeman also recorded six boards, dished out an assist and made two steals.
McClelland grabbed four rebounds and made a steal.
Stewart had three points, five boards, an assist and a steal.
McGehee tallied three points, three rebounds, two assists and a steal.
Descant had two points, three rebounds and two steals.
Jacobs recorded two points and three rebounds.
Rosa had a rebound for Ben’s Ford.
On Thursday, Bowling Green was victorious over Lamar Christian School, 54-40, on the road.
Hope Crowe led the Lady Buccaneers with 20 points.
Jones posted 10.
Seals had seven, while McCain and Seal had five each, Bailey Devall tallied three and Anna Claire Crowe and Bridget Devall added two each.
Bowling Green was back home for the next two and won both, beginning with a 48-38 victory over Brookhaven Academy.
Jones led Bowling Green with 15 points on 7-of-11 from the field and she made a 3-pointer. Jones pulled down five rebounds, made a steal and she blocked four shots.
Bridget Devall tallied nine points on 4-of-6 shooting that included a 3-pointer. Devall had a rebound, an assist and two steals.
Duvall scored eight points to go with four boards, an assist, four steals and she blocked a shot.
Seals had five points, a rebound and a pair of assists.
Seal tallied four points that included a 3-pointer along with two rebounds, three assists and four steals.
McCain posted four points, four boards, three assists and three steals.
Hope Crowe had three points and she made a 3-pointer. Crowe pulled down three rebounds and she blocked a shot.
Anna Claire Crowe had an assist, while Schilling added a rebound.
On Monday, the Lady Buccaneers defeated Amite School Center, 54-23.
Seals led the way in scoring with 13 points on 5-of-9 from the floor. Seals grabbed four boards, dished out an assist and made two steals.
Jones tallied nine points on 4-of-8 from the floor to go with four rebounds, an assist, four steals and she blocked a shot.
Bailey Devall had seven points on 3-of-5 shooting, including a 3-pointer, along with three rebounds, three assists and five steals.
Hope Crowe tallied six points with a pair of 3-pointers, to go with two rebounds.
McCain recorded six points that included a 3-pointer, along with four boards, three assists and a steal.
Peyton Dupey tallied five points that included a 3-pointer. Dupey had two rebounds and three assists.
Seal posted four points and she made a 3-pointer. Seal had two assists and three steals.
Bridget Devall had four points, two boards and three assists.
Lacie Penton had a rebound, while Anna Claire Crowe dished out three assists in the win.
Bowling Green School’s next game will be Friday on the road against Wayne Academy.
Ben’s Ford Christian School will be back in action Thursday with a home game against Lamar Christian School.