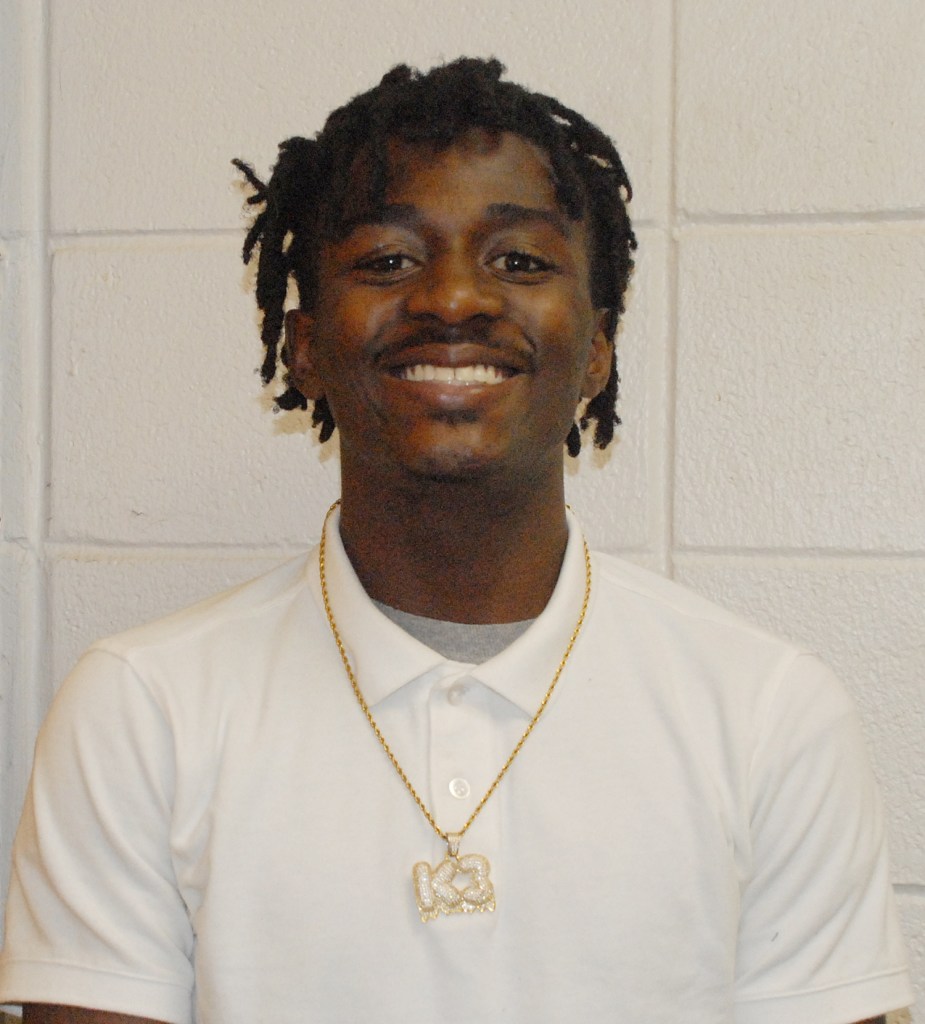 Varnado’s Kim McGowan Jr. is a three-sport athlete. The senior plays basketball, football and baseball.
In basketball, McGowan plays both guard positions. In football, McGowan is a quarterback, receiver and cornerback. For baseball, McGowan pitches, catches and plays shortstop.
McGowan was a first-team all-district player in basketball last year.
“Kim is a floor general,” Varnado boys basketball coach D.W. Trosclair said. “He’s not a point guard, he’s a pure shooter. He’s actually a sharp-shooting guard. A lot of today’s basketball, it doesn’t matter what your height is. A lot of guys are going into the perception that they could play at any size and this man is a little giant. I wanna say that Kim has the biggest heart on the team, and when he speaks, everybody listens because he’s been here for a while. When you have a guy that’s been here the whole four years, those younger guys tend to look up to that guy. I know my son looks up to him and the No. 1 thing I like about Kim is he is going to push that intensity. He’s going to push any person that’s playing him and that’s guarding him, he is going to push that person to play. Every night he steps on the floor, that opponent that plays him, they better get ready because he could be a terror on the floor. When I first met him this summer, you could tell instantly he’s that player. I love the kid. I love the kid’s heart, I love how the kid plays and I love his mentality as a player. He’s still a kid, but at the same time, you could tell he has that grown-man mentality when he’s speaking to the team in general.”

What do you enjoy most about playing your sports?
Getting the feel of being around all of my teammates and to win. I hate to lose.

What do you like best about being a student athlete?
You get most love from the teachers. Some teachers like you more when it’s during a certain sports season, and some teachers, they’re more lenient with you.

Who has been the most influential person in your school sports career? Why?
My mom (Shree Smith) and my son (Kim McGowan III). My mom motivates me the most because I know she believes in me and my son because I know I’ve gotta do right by him.

Who is your favorite athlete? Why?
Former NFL running back Reggie Bush because he was the best running back to come out of USC, college really.

Best thing about living in Washington Parish?
The community is small, most of the schools get along, and when we get to play each other, the games be live everyday.