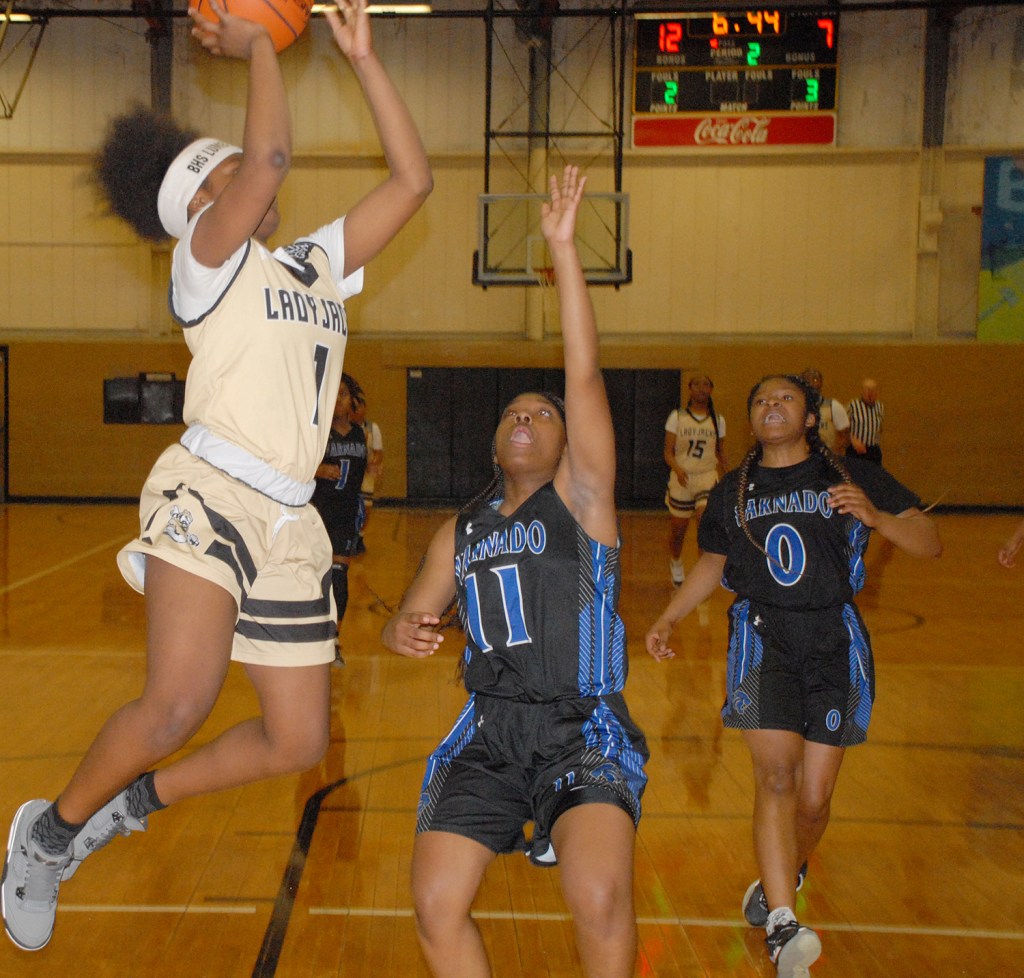 Bogalusa took a 21-13 lead to halftime and held on to defeat Varnado despite the Lady Wildcats making second-half runs in a 38-25 victory Monday at BHS.
With the Lady Jacks up eight at the break, Varnado came out in the second half with the first seven points.
LaDaisha McGowan made a field goal to make it a six-point game with 6:42 to go in the third quarter. Jalisa Jackson was good for two to make it 21-17. Jackson intercepted a pass and tallied two more after a Varnado offensive rebound. Jackson split free throws and it was 21-20 with 3:19 on the clock.
“I think what happened was, we got away from our game plan in the second half, thought we kind of had what we needed to have, thought we were going to work our way out, but we had to refocus and start back running the offense,” Bogalusa coach Frank Gambino said. “The third quarter, they didn’t run the offense at all. They just went in and done whatever. We put some stuff in at halftime and as soon as they started using the stuff at halftime, it started working and we started generating more points at the end.”
Bogalusa responded to the 7-0 run with six in a row.
Tamirecal Peters made a steal and a layup for a 23-20 lead. Danasia Harris was good for two and Mary Ladner made the lead 27-20 with a bucket at the 1:53 mark.
Bogalusa maintained the seven-point lead through three.
The margin stayed at seven until late in the game when Varnado made one last run.
Bogalusa led 38-31, but the Lady Wildcats tallied the game’s final four points and had a chance to tie.
TaMarya Bell made a shot with 50 seconds left. Javonnie Bickham hit two free throws with 2.5 seconds left for a 38-35 game, but Bogalusa turned the ball over on the inbounds. Varnado was fouled with no time left on a 2-pointer, as Bogalusa hung on for the three-point win.
“First half, we did not press and then when we went to halftime and I said, ‘we’ve gotta press because that’s the only way we’re going to come back,’” Varnado coach Cheyenne Wilson said. “I know Bogalusa sometimes isn’t good underneath pressure, so we went into our 1-3-1, we started turning over the ball and that’s how we were able to come back. As far as offense, they pushed themselves, we moved the ball a little bit more than the first half and that’s how we got up some shots and we were able to make them.”
Peters scored a game-high 13 points and she made a 3-pointer for the Lady Jacks.
Deranique Lee tallied 12.
Harris posted 10 that included a 3-pointer.
Ladner added four in the victory.
Jamonica Dillon topped Varnado with 12 points that included a pair of 3-pointers.
Jackson posted 11 points.
Bickham recorded six points, while McGowan, Kaisa McGowan and Bell all had two points for Varnado.
Bogalusa won again on Tuesday with a 59-42 victory over Mt. Hermon School at home.
Peters led everybody with 24 points. She made three 3-pointers.
Lee recorded nine points while Harris had eight, Ladner and Jaikayla Henry posted six each and Marih added four in the victory. Harris made two 3-pointers.
Bailey Fortenberry was Mt. Hermon’s leading scorer with 12 points that included two 3-pointers.
Sikoya Jackson posted 11 points and made a 3-pointer.
Macey Applegate and Sydnei Tullos scored eight points each, while Blayke Brinker had two and Ansley Knight added one. Tullos made a 3-pointer. 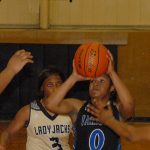