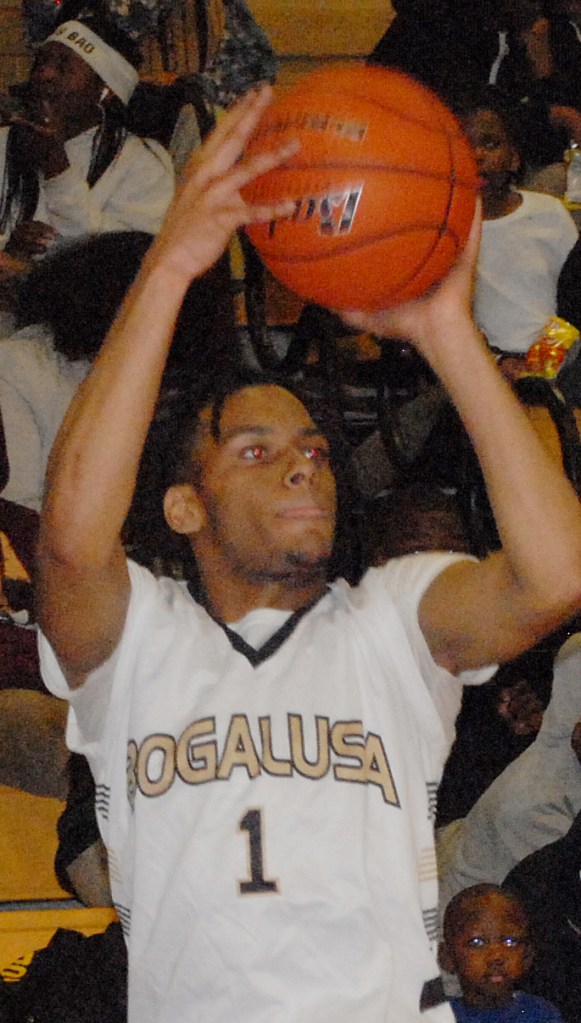 Bogalusa and Varnado went down the wire, as the Lumberjacks closed out an exciting game with a 10-2 run in a 76-69 win over Varnado at home Monday.
In a game where neither team led by more than six until late, Varnado had a 67-66 lead with 2:07 left.
Bogalusa ran off six in a row.
Demarcus Spikes tied the game by splitting free throws with 1:44 on the clock. Chance Turner split technical foul free throws to give Bogalusa a 68-67 lead with 1:40 left. Following the free throws, Turner tallied a bucket after taking a pass from Spikes, giving the Lumberjacks a three-point lead. Turner made two free throws with 59.1 seconds to go and Bogalusa was up 72-67.
Varnado’s Jaheim Hooks hit a bucket to close the margin to three, but Turner stepped to the line and made two more free throws to push the lead back to five with 27.5 left. Varnado could get no closer, as Bogalusa went on for the 76-69 win.
“It’s always a competitive rivalry in whatever sport we’re playing Varnado with. I told the kids that back in my day, people my age, it was always Franklinton versus Bogalusa, but lately, at least in my three years here, in all sports, it seems like it’s gone to Varnado versus Bogalusa probably because of proximity, relatives, things like that,” Bogalusa coach Randall Ginn said. “We came out trying to be the predator tonight. We felt like in the tournament last week at Lakeshore, we were the prey a little bit just trying to keep bad things from happening to us and making sure we didn’t get eaten. We tried to be the predator tonight, and I thought early on, we did that offensively, particularly in the first half with 40 points, but we didn’t stop them from going to the rim. They did a good job with their penetration. They killed us on the offensive glass all night long. We’ve gotta do a better job blocking out. I don’t even know how many points they had, second-chance points, it was massive. But we held in there at the end. We learned something. We didn’t choke at the end. We learned some of the things we’re getting taught. If you don’t do them, they’ll cost you at the end of games, so we needed a game like that. We enjoyed that competition.”
The game was back-and-forth all night, as neither team ever had control.
The teams played to a 19-19 tie and Bogalusa had a 40-36 lead at the break.
Bogalusa led by as many as six in the third quarter and had a 52-49 lead through three.
Varnado had a 67-66 lead late, but the late run by Bogalusa helped the Lumberjacks to the win.
“Right now, we can’t make free throws (19-for-32, 59.3 percent on Monday) and that’s what I’m seeing with my team and that’s killing us,” Varnado coach D.W. Trosclair said. “It’s been killing us every game, making free throws and fouling and we can’t separate ourselves from that. So, when we find a way to not foul nobody, which is impossible in basketball, and also move our feet on defense and stopping the other team from getting to the free-throw line so many times, we win games. That’s the main thing I’ve seen all night from our team. Other than that, we had great effort. We came out like I knew we were going to come out. We came out great. We came out with energy. You know this is an energy game, but we faltered at the end, and this has been the last couple of contests, fouling opponents and that’s what’s killing us right now.”
Turner led everybody in scoring with 25 points that included a 3-pointer.
Josh Taylor recorded 16 points that included two 3-pointers.
Quientay Henry posted nine points, while Spikes tallied seven, Javon Bickham put up six, Raheem Roberts had five with Karry Conerly at four and Jahee Roberts and Shadwick Gamble adding two each.
Trevin Haynes led Varnado with 18 points.
Hooks posted 16 that included a 3-pointer.
Kim McGowan Jr. posted 11 points and made three 3-pointers.
Elizah Miller tallied 10 points.
Miguel Fland posted seven points, while Michael Fland logged six, Zyquantay Bickham had five and Caluntay Jackson and Donte Pernell added one each. Bickham made a 3-pointer.
The Lumberjacks followed up Monday’s win with a two-point victory on Tuesday, 88-86 over Mt. Hermon School.
Henry led the Lumberjacks with 17 points.
Conerly posted 14.
Taylor had 13.
Turner put up 12.
Bickham scored nine points, while Spikes and Tony Harris had eight each, Jahee Roberts tallied six and Raheem Roberts added three in the win.
Tevin Williams topped Mt. Hermon with 19 points.
Michquel Spears posted 17.
Keondre Bunch had 15.
Travell Brumfield recorded a double-double with 11 points and 10 rebounds.
Rashad Oatis and Jeremy Bickham scored eight each, while Tristan Brumfield had four and Jordan Harrison added one.
On Monday, Mt. Hermon was defeated by Covington, 62-39, at home.
Williams led Mt. Hermon with 12 points.
Bunch and nine and Spears posted seven. 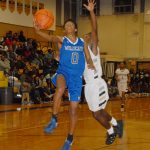