Pair of Buccaneers’ players are all-stars 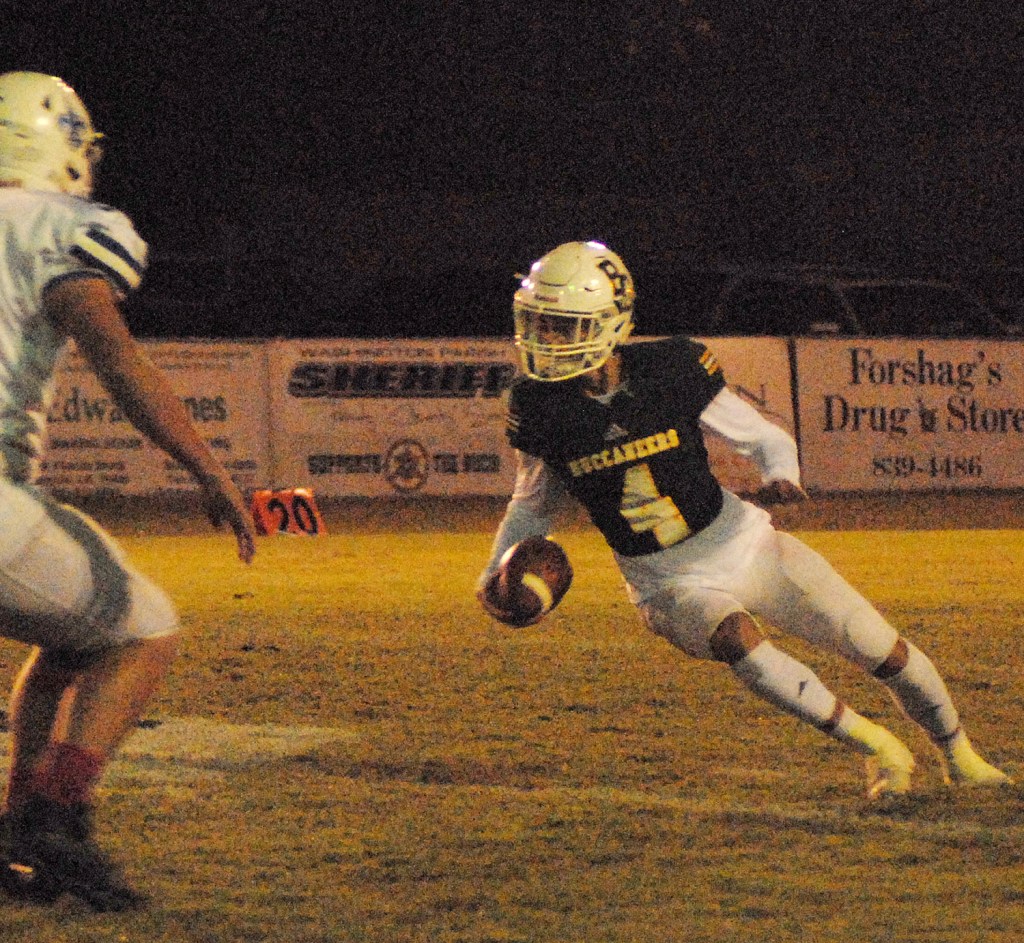 DAILY NEWS PHOTOS/Chris Kinkaid Bowling Green School’s Steven Scott Cooper looks to get by a defender in a game this season. He and teammate Cade Knight are all-stars.

Two Bowling Green Buccaneers football players have one game left, as they are headed to the Class 4A-5A-6A All-Star Game.
Seniors Steven Scott Cooper and Cade Knight are going to be playing in the MAIS All-Star Game.
“Both are great kids. They came to work everyday,” Bowling Green School coach Riley Boudreaux said. “Steven was a natural talent from the get go, a real special kid to have on the field. Cade made tremendous progress from his junior to his senior year. He really put in the work and wanted to be great. They took on the role of being of leaders.”
Both players had solid seasons.
Cooper caught 49 passes for 870 yards and 12 touchdowns in the Bucs’ eight games. He also ran the ball 21 times for 386 yards. Cooper completed 19-of-24 passes for 251 yards and three touchdowns. Cooper also had 170 total return yards, which included a punt return for a touchdown.
Knight made 39 catches this season for 737 yards and nine touchdowns over the eight games. Knight also threw a touchdown pass.
The two players are on the Blue Team.
The Class 4A-5A-6A All-Star Game will take place on Friday, Dec. 6, at Jackson Preparatory School, with kickoff set for 5:30 p.m.
It is the second game of a doubleheader that day. The Class 1A-2A-3A All-Star Game kicks off at 2:30 p.m. 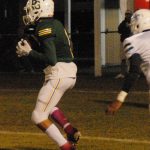 Bowling Green School’s Cade Knight catches a touchdown pass in a game this season. He is one of two Buccaneers all-stars.