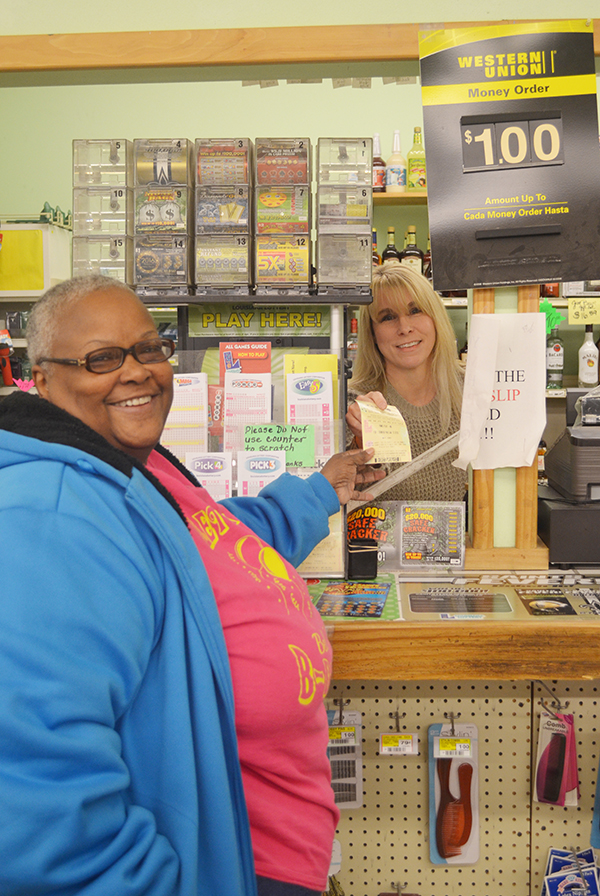 There was no line early Monday afternoon at Columbia Street’s Main Street Grocery and Market to purchase Wednesday’s estimated $1.5 billion Powerball jackpot, but that will likely change as the record-breaking jackpot drawing approaches.

Nobody won the Saturday, Jan. 9 Powerball drawing, which was worth $900 million and the largest in history. The previous largest jackpot ever won was $590 million in May 2013 in Florida.

“There are certain ones who come in every day and get their Pick 3 and Pick 4 tickets,” Duckworth said. “Lottery sales don’t start pick up until closer to the drawing. It was packed last week and it’s going to be even worse Wednesday because the jackpot is the highest it’s ever been.”

The odds of winning Wednesday’s Powerball drawing are 1 in 292.2 million.

Since Nov. 4, the last 19 Powerball drawings have produced no overall winner. Tickets are $2 per chance. To win, a person must match all six numbers, including the Powerball. The store that sells the winning ticket receives a $50,000 commission.

Players have until 9 p.m. to pick up Powerball tickets before the 10 p.m. drawing.

Main Street Grocery has never sold a winning Powerball ticket. It has, however, sold two scratch-off tickets that resulted in one $100,000 winner and another $17,000 winner.

“We have customers who come in and play the same numbers every week,” Duckworth said. “The odds of them winning are 1 in about 3 million, but that doesn’t stop them from buying tickets.”

Bogalusa’s Simon Peters said she has won $250 on Pick 4 tickets a few times, but nothing extraordinary like the upcoming Powerball.

“I would help my family, my grandchildren and a bunch of friends if I won the Powerball drawing,” Peters said. “It would change my life tremendously.”

Bogalusa’s Carol Varnado said she would also help family members if good fortune smiled on her Wednesday night. She has five children.

“I would give to God first and then buy my children a house and car,” Varnado said.

Bogalusa’s Floyd Timmons is retired from the registration department at the hospital. He said he doesn’t play regularly, but decided to play because the jackpot is so big.

“You can’t win if you don’t take a chance,” Timmons said. “I’ve got a lot of family members I would probably help if I won. I would also help support Bogalusa Little League since I’m a coach.“

Jewell Plummer also decided to try his luck and plop down his $2. He is a cook at Movie Tavern in Covington.

“I just decided to come in and play this time,” he said. “I consider myself blessed. I could take a vacation to Jamaica if I won, or I could quit my job and start my own business.”

Wednesday’s Louisiana Lotto drawing is worth $375,000. Pick 3 and Pick 4 are daily drawings. Easy 5 drawings are on Wednesdays and Saturdays. 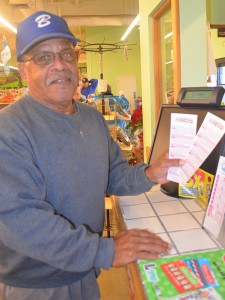 Floyd Timmons checks out the Powerball tickets in anticipation of Wednesday’s drawing. The drawing is up to an estimated $1.5 billion.