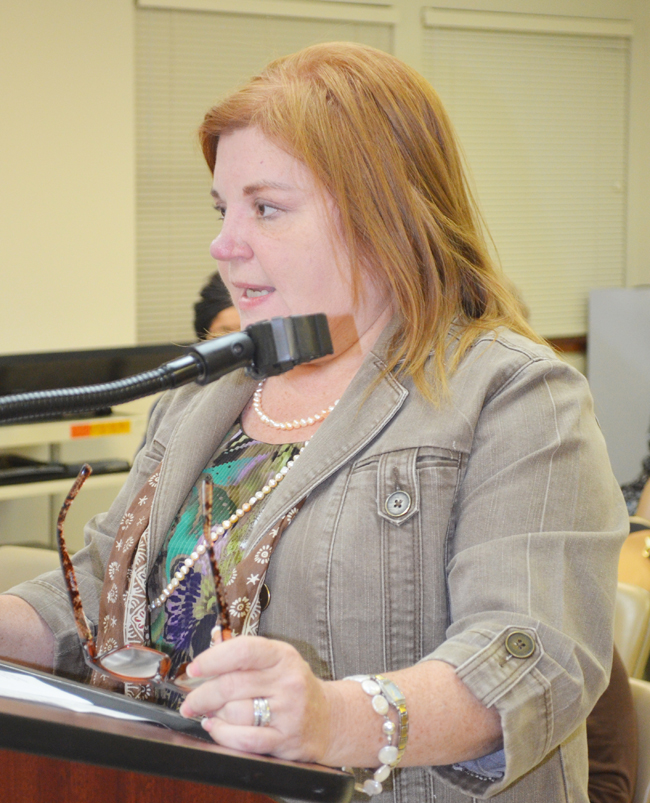 Carr Riggs & Ingram auditors Phillip Rebowe and Becky Hammond addressed the board and said the system’s financial documents for the 2014 school year were excellent. Hammond is a 1996 Bogalusa High School graduate.

The company looked at basic financial statements, internal control over financial reporting and compliance, compliance with requirements that could have a direct effect on each major program and on internal control and an independent accountant’s report on applying agreed-upon procedures. All four reports passed.

“Everything was clean and unmodified and no findings were found,” Rebowe said. “That’s the highest level of assurance we can render.”

At Thursday’s regular school meeting, the school board will receive a Certificate of Excellence in Financial Reporting from the Association of School Business Officials and Government Finance Officers Association for the 2014 financial report.

In her remarks near the end of the meeting, Superintendent Willie “Toni” Breaux touched on retaining qualified teachers.

“I’ve been around to the school and talked to principals. The critical problem we have is maintaining teachers,” Breaux said. “This year at one school, the teachers we hired were weak. Turnover is getting to be too much and costing the district too much.”

The school’s varsity football coaches will be recognized Thursday as well. In his first year, Roberts guided the Lumberjacks to the Division 7-3A championship and the quarterfinal round of the playoffs. He was selected District 7-3A Coach of the Year. BHS finished the season 7-6 overall. Also, school officials said junior quarterback Tym Toussaint was recently selected as the District 7-3A Offensive Most Valuable Player.

New Secondary Curriculum and Instruction Supervisor Leslie Raborn said two meetings with teachers have proven beneficial. One meeting included studying student test data to learn where they’re deficient, while the other meeting was to listen to concerns of new district teachers.

“That collaboration building is what keeps teachers here,” Raborn said. “I was very pleased.”

Federal Programs Supervisor Shelley Gill touched on a new grant the school received. The high school received a new grant for $11,725. The grant will be to assist with CLEP testing, AP testing and AP/Pre-AP Professional Development Support. This is in addition to the $24,800 recently obtained for BHS to be used for Supplemental Counseling Services and Internships.

Special Population Supervisor Marie Goff reported her department was recently awarded $109,000 in two grants from the state. They will be used to assist students with disabilities. A $56,000 grant is from the High Cost Services, while $53,000 is an Opportunity Grant.

Child Nutrition Program Supervisor Lorene Randazzo said use of the new “Meals Plus” software program has begun. Training in the program will be done in February.

The school is in the second year of a four-year option for the Community Eligibility Program, a federal program that allows the school to serve breakfast and lunch to all students at no charge.

“We’re watching our costs and lowering our inventory,” Randazzo said.