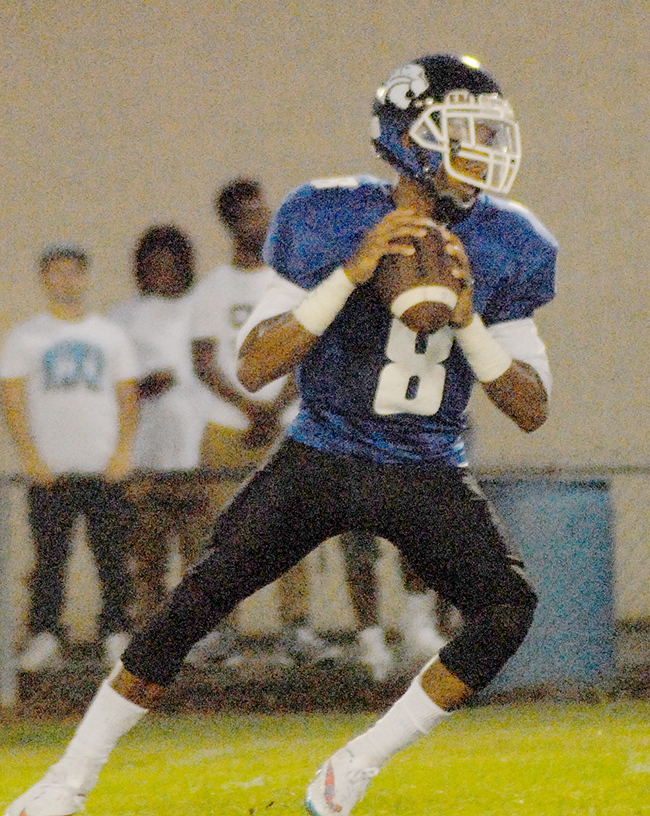 Varnado takes to the road this week to play against Berwick in week three of the high school football season.
The Wildcats are 2-0 after defeating Pine 39-17 last week. Varnado led that game 19-17 midway through the fourth quarter before scoring the game’s final 20 points.
Varnado coach Scott Shaffett said the team’s focus is on “power points,” which are used by the Louisiana High School Athletic Association to determine which teams make the playoffs and where they are seeded.
“We’re trying to get power points,” Shaffett said. “We’d like to be in the top part of the bracket. I’m talking about the top 10. We’ve done a great job so far. We’ve gotten all of the points we can get, but this is another week, so we’ve got to try to get these points, just like we did the last two games.”
Last week, D.J. Jefferson finished 10-of-19 with 233 passing yards and three touchdowns.
Armontee Kemp led the receivers with 113 yards and one touchdown. His score was an 80-yard reception from Jefferson. Delrick Abrams caught three passes for 63 yards and a touchdown. Nick Darden had three receptions for 46 yards and a score while Jamarion Davis had a catch for 11 yards.
Darden ran for 34 yards and a score. Wilbert Gray added a touchdown and Desmond Harry also recorded a touchdown.
Defensively, Shaffett said middle linebacker Damon Kirsch is stepping up each week. He said outside linebacker Dearius Parker is playing well, and praised the play of his secondary.
Berwick, which is located about six miles from Morgan City, enters this week at 0-2. Last week, the team lost to Abbeville, 58-21.
“We’re not real happy about being 0-2,” Berwick coach Craig Brodie said. “We’ve had a lot of injuries. Our offensive line has been decimated by injuries. We started the season feeling like the offensive line would be a strong point, but three of our four seniors have been out with various injuries since the scrimmage.”
Those linemen are back this week.
Freshman quarterback Mitchell Sanford, who has been playing in place of injured sophomore Collin Louviere, has thrown for 229 yards with three touchdowns and three interceptions.
“He’s got a lot of talent, but it’s the experience he’s lacking,” Brodie said.
Louviere is coming back from injury this week and Brodie said both quarterbacks should play.
Audwin Williams leads the receivers with seven catches for 133 yards and two touchdowns while Kenan Jones has three receptions for 46 yards.
Brodie said the defense has been playing well, even though the scores may not show it.
The top defensive players include defensive back Tanner Caldwell, end D.J. Robicheaux and nose guard Druvan Robinson.
Varnado is back in action next Friday. The Wildcats have another road game, as they play against Catholic of Point Coupee.