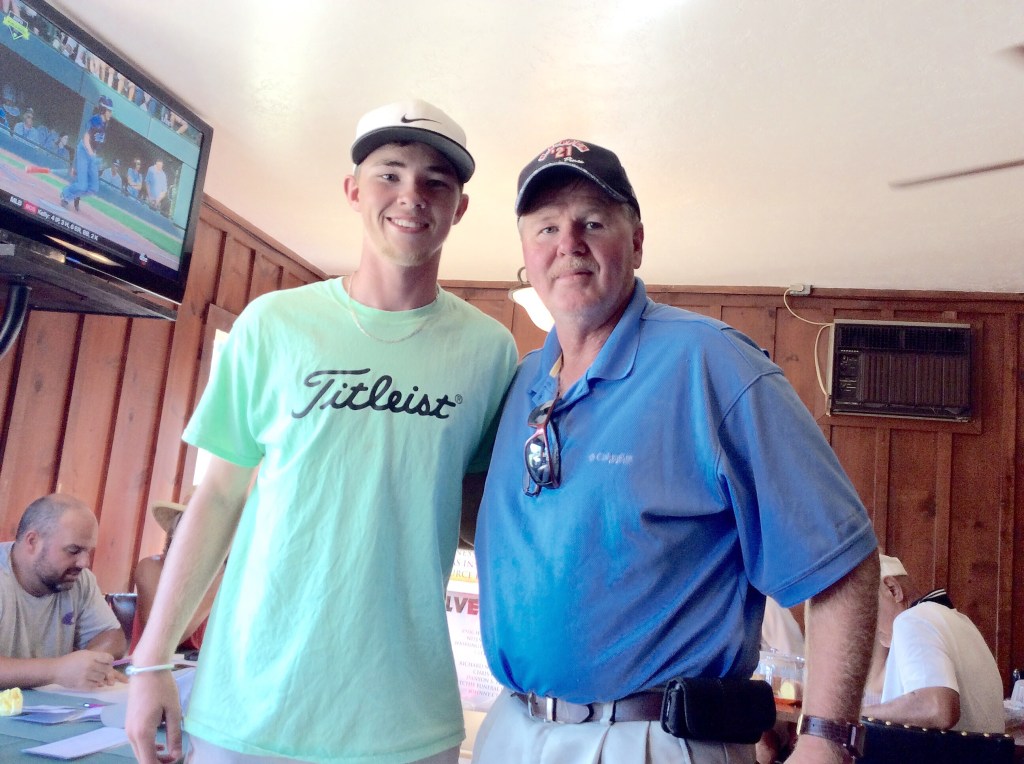 COURTESY PHOTO Pictured are Austin Darden (left) and Darrell Darden, who finished second in the first flight of the 11th annual YMCA Golf Classic, which took place Aug. 29 at the Bogalusa Country Club.

The 11th annual YMCA Golf Classic, which was Aug. 29, was the most successful tournament the organization has had since it began, according to YMCA program director Toni St. Philip.
“This year’s tournament has been our most successful one since we started 11 years ago,” St. Philip said. “We contribute this to all the dedicated people in our community and surrounding areas who believe in helping the Y continue its mission of striving to have stronger youth, stronger families and a stronger community.”
Eighteen two-member teams competed in the tournament.
The event had more participants than last year. In 2014, 15 teams took part in the annual event.
“It was probably one of our best golf tournaments we’ve ever had,” said YMCA Chief Volunteer Officer Stuart Parker. “It was our 11th tournament and everybody seemed to have a good time. We had no complaints. Everything went smooth.”
Parker said that it took plenty of board members helping.
“Next year, we’ll try to raise it to another level,” Parker said. “That’s the goal every year, to make it better than the year before. All of the funding goes to the support of the ‘Y’ for the programs. We appreciate everybody’s donations and their participation.”
The first flight was won by the team of Mark McGehee and Kendall Bullen with a score of 63.
They defeated Darrell Darden and Austin Darden by a single stroke.
Mike Melancon and Rusty Goode finished with a 66.
Two teams tied for first place in the second flight at 70.
The winner was determined by a scorecard playoff. A hole was chosen and the best score from that hole won. For this tournament, hole No. 10 was chosen.
Sean Strahan and Kyle Walters won the second flight after the tiebreaker, and Hap Hayden and Owen Hayden were the runners-up.
Alan Moore and Gene Elgin finished third, carding a 71. 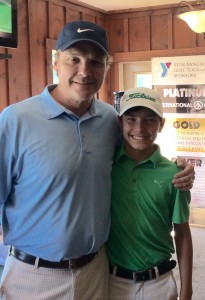 COURTESY PHOTO
Pictured are Hap Hayden (left) and Owen Hayden, who finished runner up in the second flight of the YMCA Golf Classic.