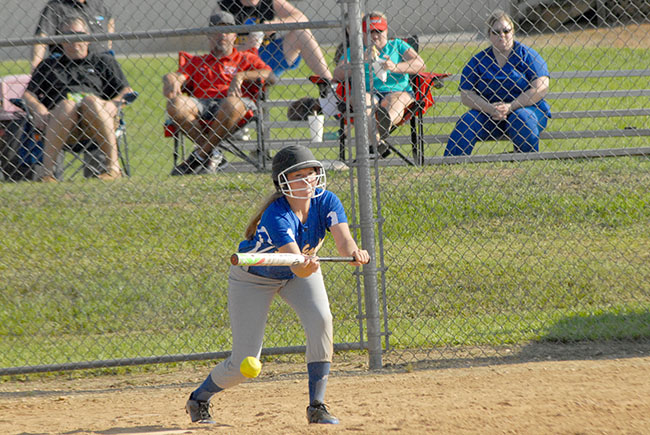 Ben’s Ford Christian School suffered a 15-0 loss to Centreville Academy in Monday’s district road game in Centreville, Miss.
Centreville scored seven runs in each of the first two innings of Monday’s game that lasted three innings.
Ben’s Ford trailed 2-0 in the first inning with two on and two outs, but Centreville added five runs. A walk loaded the bases, followed by an RBI single and then Centreville added to its lead with a three-run bases-clearing triple to go up 6-0.
They added one more before the inning ended to lead, 7-0, through one.
Five players reached for Ben’s Ford.
Chloe Barber singled. Callie Sprehe, Addison Seal and Emily Crawford walked and Haley Branton reached on an error after putting down a sacrifice bunt.
The Lady Eagles were 0-5 overall this season at press time and are 0-5 in district.
Ben’s Ford hosted Lamar Christian School in a non-district contest following Tuesday’s press time.
The Lady Eagles are back in action Monday, Sept. 14, with a road game against Central Private.
The next home game is Tuesday, Sept. 15, against Bowling Green School.