Varnado’s Foster fifth in Class 1A in 100-hurdles 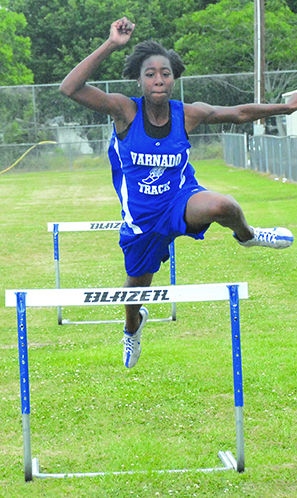 Varnado’s Jaden Foster returned to the state track meet last Friday and finished higher than she did last year when she went for the first time.

The freshman finished the 100-meter hurdles fifth best in Class 1A last Friday at Bernie Moore Stadium, which is on Louisiana State University’s campus.

Foster finished the race in 17.46, which was just .37 seconds out of fourth place.

Oberlin’s Emily Granger was the state champion after running a 15.07.

Last season was Foster’s first time at the state meet. She ran a 17.41 and was sixth.

“I think over all she competed well,” Varnado coach Lubertha Peters said. “This is her second year going to state, but she’s only a freshman. I think if she keeps working hard, she could come in the top three. I just hope she keeps on moving up every year.”