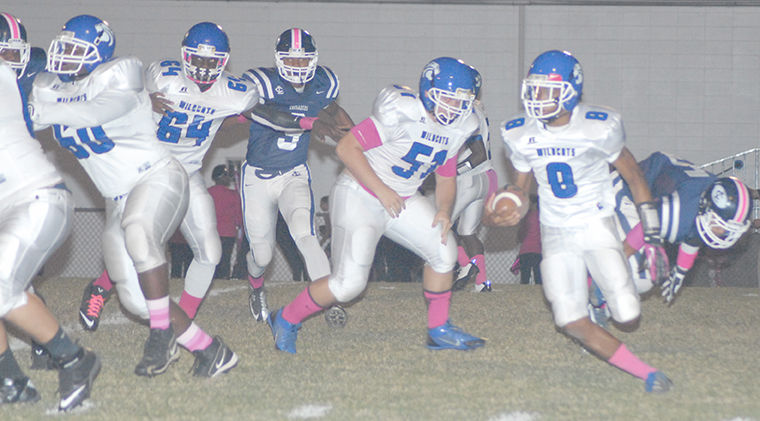 Jefferson threw for 387 yards and six touchdowns while running for more than 100 yards and a score for the host Wildcats.

Delrick Abrams was tough at receiver, bringing in three touchdowns and recording more than 250 receiving yards.

Varnado coach Scott Shaffett praised his offense on their play.

“It’s exciting to watch the offense because these guys are making big plays,” Shaffett said. “Whether it’s through the air or on the ground, we are very versatile with a group of men that has worked extremely hard to get to where we show promise on the field.”

Defensively, the unit only allowed one touchdown, which came in the timed part of the event.

“When they had field to go, we kept them off of the scoreboard except in the live play,” Shaffett said. “We had some new guys that stepped up and really played well. Some of my veteran players did just as I expected them, and at times, looked better than I expected.”

The scrimmage had a controlled part and then a live portion.

The teams played two series of 12 plays offensively and defensively before running a goal line series each.

The clubs then competed in a 12-minute quarter.

During the timed portion, the teams tied each other, 6-6.

Varnado’s score came on a five-yard touchdown pass from Jefferson to Abrams.

Defensively, the Wildcats allowed just one touchdown, which was in the timed period.

Shaffett said it was a great scrimmage for his team.

Varnado is coming off of a 5-7 season. The Wildcats reached the playoffs as the No. 14 seed and downed 19th-seeded Ringgold, 44-8, in the bi-district round.

Varnado advanced to the regionals, but lost to third-seeded West St. John, 51-0. West St. John made it to the semifinals before falling to second-seeded and eventual state champion, Haynesville, 26-13.