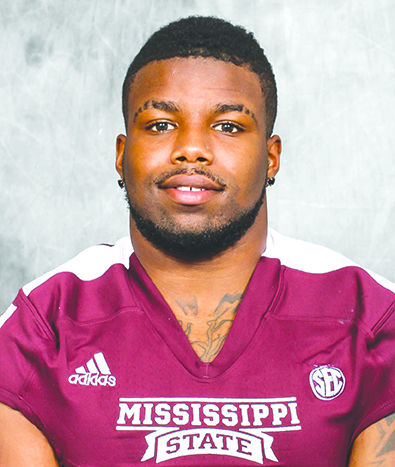 Both players are going to the AFC.

Robinson was drafted by the Indianapolis Colts in the sixth round. He was the 205th overall pick of the 2015 draft.

The 5-foot-8, 217-pound running back played for Mississippi State University and put up solid numbers this season for the Bulldogs.

He led the team in rushing with 1,203 yards, which he did on 190 carries (6.3 yards per attempt). Robinson was second on the squad with 11 touchdowns.

This season, the Bulldogs finished with a 10-3 overall record. They were 6-2 in Southeastern Conference play.

The Bulldogs made it to the Capital One Orange Bowl, but suffered a 49-34 loss to Georgia Tech. In that game, Robinson had 75 yards on 13 attempts (5.8) and a score.

This season, Robinson was a second-team all-SEC player by the coaches and the Associated Press.

Magee has signed with Baltimore Ravens as an undrafted rookie free agent.

This season at LSU, Magee was the Tigers’ second leading rusher with 571 yards to go with three touchdowns on 112 carries (5.1 yards per attempt) over 13 games. Magee’s season high was 127 yards and two touchdowns against Kentucky.

This season, LSU went 8-5 overall and 4-4 in SEC Conference play. The Tigers competed in the Franklin American Mortgage Music City Bowl, but lost to Notre Dame, 31-28.

Magee tallied 26 yards on seven carries in that game.

Both players graduated from Franklinton in 2011 and were members of the Demons’ 2010 state championship team.

A month later, they travel to Denver to play the Broncos in the regular season opener.