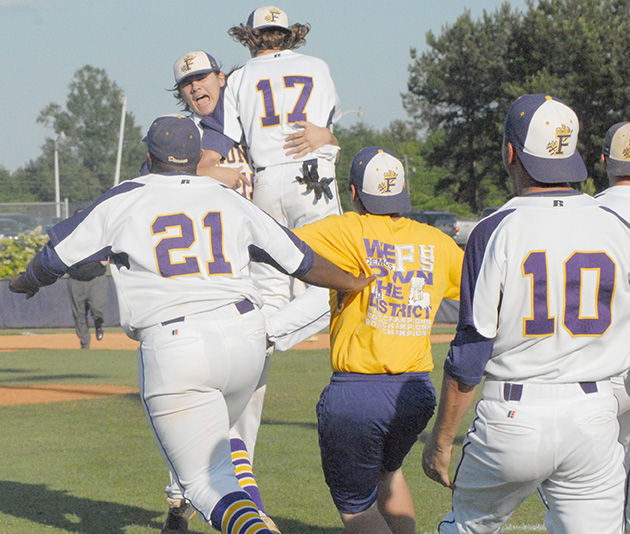 Franklinton’s Morgan Angelo (17) jumps into the arms of closer Austin Bradford as the Demons celebrate after capturing the third game of a best-of-three series. Bradford entered game three with the Demons up 4-2. Lutcher had the bases loaded and nobody out. Bradford struck out the three hitters to preserve the victory.