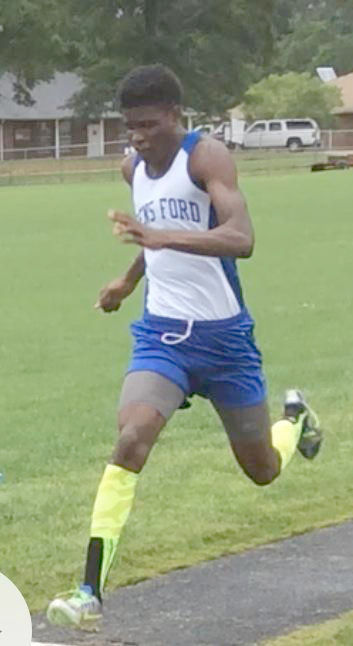 Fernandez captured the triple jump with a distance of 42-6.5. He won by nearly a foot over runner up John Milam of Hartfield Academy.

Taylor is headed to the overall meet after he finished third in the 300-meter hurdles in 43.32. Adams County Christian School’s Trey Fleming was victorious in the event at 40.95.

Bischoff moved on to the overall meet with a runner up tally in the 1,600 meters after finishing in 5:05. Centreville Academy’s Stone Reynolds was victorious in 5:04.

The field events took place last Wednesday. The running events, which were Wednesday, were set for Saturday but had to be postponed twice because of weather.

The meet was the qualifying meet for the overall event. The top four finishers from each event advanced to the overall meet, which is set for Friday and Saturday.

There were also some top six finishes locally.

Adams County Christian School was the winner in 1:32.

Silliman Institute was victorious in 45.06.

Silliman won the girls’ team competitions with 54.5 points. They captured the meet by just 1.5 points over Centreville. Twelve teams scored at least one point.