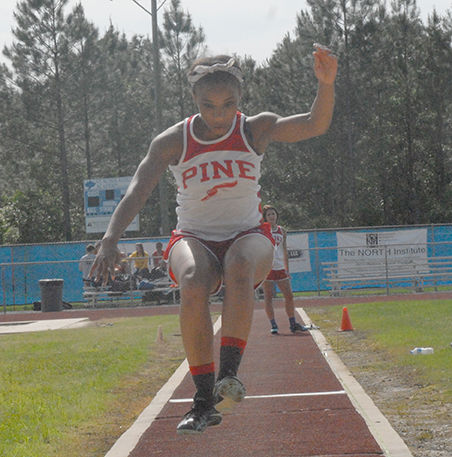 Pine’s Keeli Clark advanced to the regional meet in a pair of events by coming in the top four at the District 8-2A Meet Monday at the St. Scholastica Academy Sports Complex.

Teammate Alexandra Fersh was third in the long jump (13-8).

Archbishop Hannan’s Caroline Standley, who was the overall and field Most Valuable Player, won the long jump at 16-0.5.

Monday’s meet was a qualifying event. The top four finishers from each event move to the Region 3-AA, which is Tuesday at Southeastern Louisiana University in Hammond.

The top five from each event gave their squads points in the team competition.