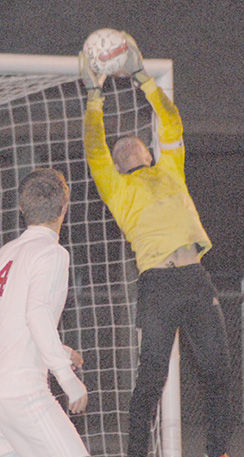 Three Franklinton soccer players were selected to be first-team all-district players for the 6-II league.

Three others were picked for the second team, including Mason Davis, Mason Kennedy and Saul Sanchez.

The Most Valuable Player awards were by Lakeshore players.

Michael Paulsen is the overall MVP, Keegan Stanworth is the offensive MVP and Gabriel Vedel is the district’s defensive MVP.

Lakeshore’s Andrew Knock is the district’s Coach of the Year.

Besides Paulsen, Stanworth and Vedel, the rest of Lakeshore’s top team players are Jonathan Dollar, Luke Moreau and Michael Rodehorst.

This season, the Titans reached the playoffs as the 13th-seeded team. They made the regional round but lost to fourth-seeded East Jefferson, 3-1.

Salmen was a postseason team. The Spartans made the playoffs as the 30th-seeded club. They lost in the bi-district round to third-seeded Bolton, 2-0. Bolton made the semifinals, but lost to state runner up, seventh-seeded Ben Franklinton, 5-0.

Pearl River reached the postseason as the No. 29 team. The Rebels lost in the bi-district round to East Jefferson, 6-0.

The second players for Lakeshore are Ryan Miller, Baylor Stanworth and Blake Villars.