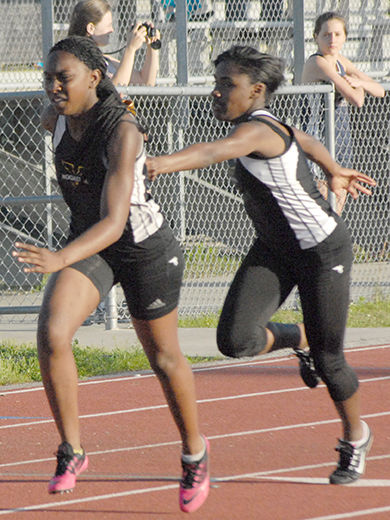 Bogalusa’s De’Zyriah Rankins was second in a pair of events at the Harris County Invitational at West Harrison High School in Mississippi Thursday.

Rankins was second in the 200 and the long jump.

O’Layzha took third in the high jump at 4-6.

Lulu Ball was third in the discus with a throw of 65-8, and she got sixth in the shot put with distance of 24-1.

Alexis Turner finished fifth and sixth. Her fifth was in the discus at 61-0 while the sixth place tally was in the shot put with a distance of 29-0.

All three of the Lady Jacks’ relay teams were third.

The 4×400 team ran in 5:48. The squad had Kim McGowan, Arielle Smith, Turner and Morris. Bogalusa’s next meet is scheduled for Thursday at Salmen.