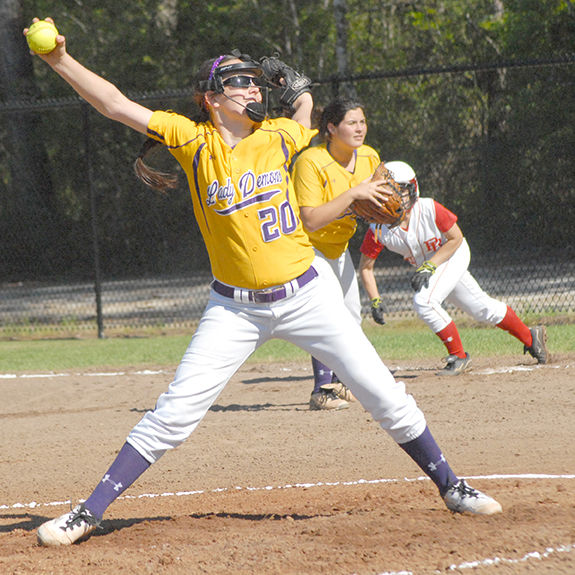 Franklinton had a combined no hitter, and the Lady Demons’ offense got off to a great start and was victorious over Salmen, 15-0, in three innings in Thursday’s District 8-4A home game.

Hannah Adams and Anna Miley combined on the no-hit shutout.

Adams threw two innings. She finished with three strikeouts and a walk.

Miley threw one frame. She struck out one in her inning of work.

“Both of them threw well. Everybody made plays. We made no errors. That’s something we’ve been looking for all year, a no error game, so we accomplished that,” Franklinton coach Leslie McGhee said.

Franklinton scored 11 runs in the first to essentially put the game away.

They added four more in the third to cap off the 15-0 victory.

She homered for one of her two hits. Sanford drove in three runs and scored three times.

Baylee Mixon, Katelyn Capo and Miley had the other hits for the Lady Demons.

Mixon scored twice while Capo drove in two and tallied twice for Franklinton.

Austen Felder posted a run and drove one home.

Denetra Rayford and Sam Buttone posted one run each in the victory for Franklinton.

Adams drove in a run and scored once.