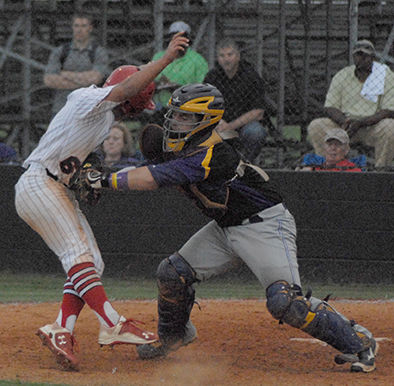 Franklinton catcher C.J. Estave tags out Pearl River’s Chad Simon after taking a throw from second baseman Collin Dominguez. Pearl River had runners on the corners. The runner at first tried to steal second. Estave threw to second. Simon attempted to score but Dominguez threw a strike to Estave to record the out.