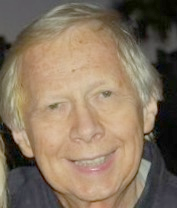 He was born March 5, 1939, in Boga-lusa, to the late William Henkel and Etha Mae Foy Henkel.

Mr. Henkel attended Bogalusa High School and Louisiana State University, where he was a member of the Sigma Chi Fraternity and active in Student Government. He received a Bachelor’s and a Masters Degree of Business Administration from LSU and then went on to receive his law degree from Loyola University New Orleans. He also served as an officer in the United States Navy for 3 years.

Jan Henkel was a tenured Professor of Legal Studies at the University of Georgia from 1977 until he retired in 2008. He was a well-loved and highly respected professor, author and scholar.

In lieu of flowers, contributions may be made to St. Joseph Catholic School, 958 Epps Bridge Pkwy, Athens, GA 30606.

Online condolences may be made at www.bernsteinfuneralhome.com.

Bernstein Funeral Home and Cremation Service are in charge of the arrangements.