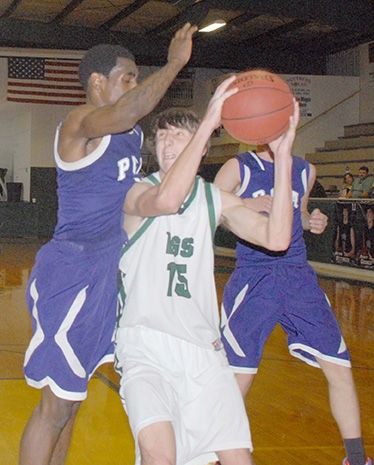 The boys’ and girls’ hoops teams had two representatives each.

Reagan Moody and Kristina Jerrell have been selected for the girls’ squad, and K.J. Robertson and Connor McCain are picked for the boys’ team.

The four will be playing for the South AA-AAA team in their in their respective contests, which take place at Jackson Prep, March 6. The girls’ game is scheduled for 4:30 p.m., and the boys start at 6 p.m.

“The all-star game is not just about a good senior year, but it’s about your entire career,” Bowling Green coach Pat King said. “It’s a good sending off for their high school career. All four of them had good senior years, but they all had good high school careers. What I thought was cool was that they all acknowledged to their teammates in the locker room that they got this honor because of them when they found out they made the all-star team.”

This season, Moody averaged 11 points, five rebounds, 1.6 assists and 3.1 steals. Moody connected on 43.8 percent of her field goals and was a 75.9 percent free-throw shooter.

Robertson averaged nearly a double-double. He tallied 16.5 points and nine rebounds to go with 2.6 assists and 2.2 steals per game. He as good on 47.6 percent of his field goals and 36.1 percent of his 3-point attempts.

The head coach of the South is Prebyterian Christian School’s Missy Bilderback, and Harfield Academy’s Nathan Dancy is the assistant.

Winston Academy’s Jeremy Ervin is the head coach, and Leake Academy’s Amanda Hatch is the assistant.