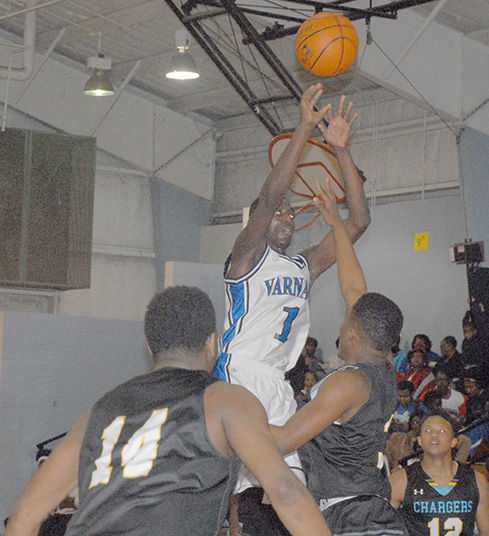 Varnado’s season came to an end Friday in the bi-district round of the Class 1A state playoffs with a 74-46 loss to Southern Lab on the road.

Southern Lab pulled away in the third quarter, outscoring Varnado, 25-11, to take a 56-30 advantage to the fourth period.

“It was the most disappointing performance of the entire season,” Varnado coach Brad Oestriecher said. “It was not a reflection of the strides the team made throughout the year. We’re a much better team than what we showed Friday.”

D.J. Jefferson had eight while Nick Darden finished with seven.

The Wildcats had three seniors on this year’s team, including Leshon Whitson, Exavier Gentry and Ardale McGowan.

“All three seniors are good kids, who showed discipline and the right mental approach in order to be successful in future endeavors,” Oestriecher said.

It was the third meeting between the teams, as both faced each other twice during the District 6-1A season, and Southern Lab won both of the those games by scores of 69-53 and 58-45.

Eighth-seeded Southern Lab advanced to the regional round and played No. 9 Delhi last night. Delhi won its bi-district round contest, 69-38, over No. 24 Mangham.

The winner moves to the quarterfinals to play either top-seeded Madison Prep or No. 17 Tensas.

Mt. Hermon falls to Doyle in bi-district round of the playoffs