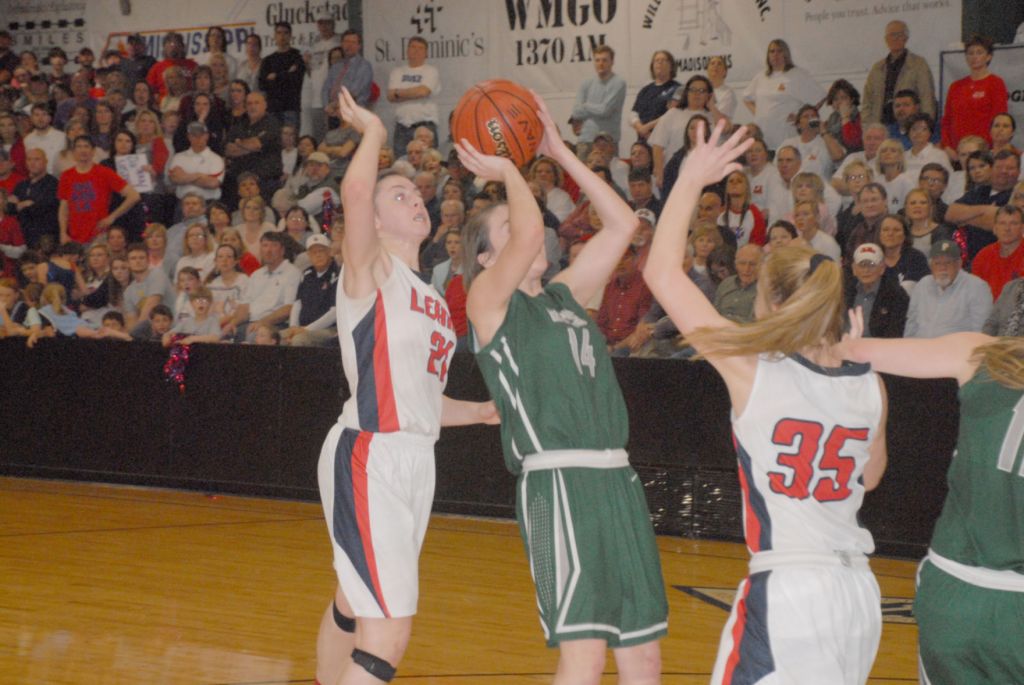 Bowling Green’s Lady Buccaneers’ season came to a close Friday with a 32-29 loss to Madison-Ridgeland Academy in the semifinals of the overall tournament, which took place at Mississippi College.

Kristina Jerrell led the Lady Bucs in scoring with 12 points. She also grabbed three rebounds and added a steal in 30:51.

Hollie Waskom finished with with 10 points on four of six from the floor over 29 minutes. Waskom added two rebounds, three steals and a blocked shot.

McKinley Seal hit her only shot, which was 3-pointer, to account for her points. Seal also had three rebounds, two assists and a steal in 31:22 of action.

For Madison-Ridgeland Academy, Amber Sutton scored a game-high 16 points to go with a rebound and an assist.

Carlie Kellems and Aleah Sutton posted five each. Kellems pulled down two rebounds and made a steal. Sutton had a pair of rebounds along with an assist and a steal.

The defensive contest featured just 50 field-goal attempts between the two teams, with each taking 25.

Bowling Green led, 4-3, after the first period but trailed, 13-8, at halftime. Each teams scored 10 points in the third quarter and the Lady Bucs outscored Madison Ridgeland Academy, 11-9, in the fourth, but came up short.

Jerrell made the all-tournament team for the Lady Buccaneers.

“There are always ups and downs in a season,” Bowling Green coach Pat King said. “You’re going to have some adversity. Our kids have nothing to be disappointed about. They were great role models and examples for our community and our school.”

Bowling Green had three seniors on this year’s roster, including Jerrell, Moody and Natalie Michel.

This senior class has played for a conference championship, South State Championships and State championships every year for the four years. They are winners, and great leaders on and off the floor.”

Madison-Ridgeland Academy won the overall title Saturday with a 41-38 victory in the finals.