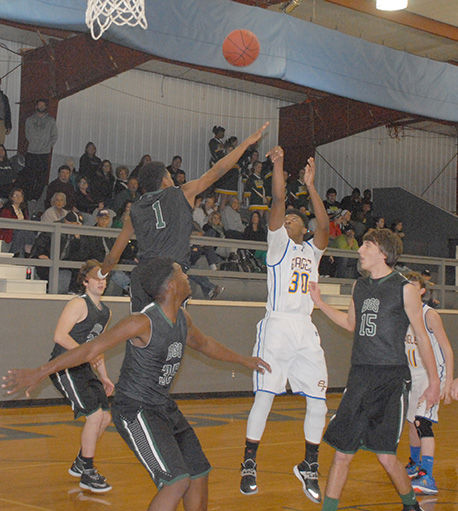 Ben’s Ford Christian School’s Bryan Johnson had a monster game, scoring 43 points in a 69-55 victory over Central Private in the opening round of the District 6AA Tournament at Bowling Green Tuesday.

Ben’s Ford took control of the contest in the second quarter. The Eagles led, 18-13, after one before extending the margin to 40-22 at halftime.

It was a 54-39 lead through three, and then the Eagles went on for the 14-point victory.

Daniel Pittman finished with five and Jeremiah Slocum added two for the Eagles.

“We played real good defense for the most part,” Ben’s Ford Shadd Pittman said. “We moved the ball well on offense and Bryan Johnson got hot.”

Ben’s Ford advances to play top-seeded Bowling Green. The contest gets under way at 7:45 p.m. on Feb. 6.

The top four teams from this tournament advance to the Class AA South State Tournament, which is Feb. 9, 10, 11, 13 and 14 at Brookhaven Academy.