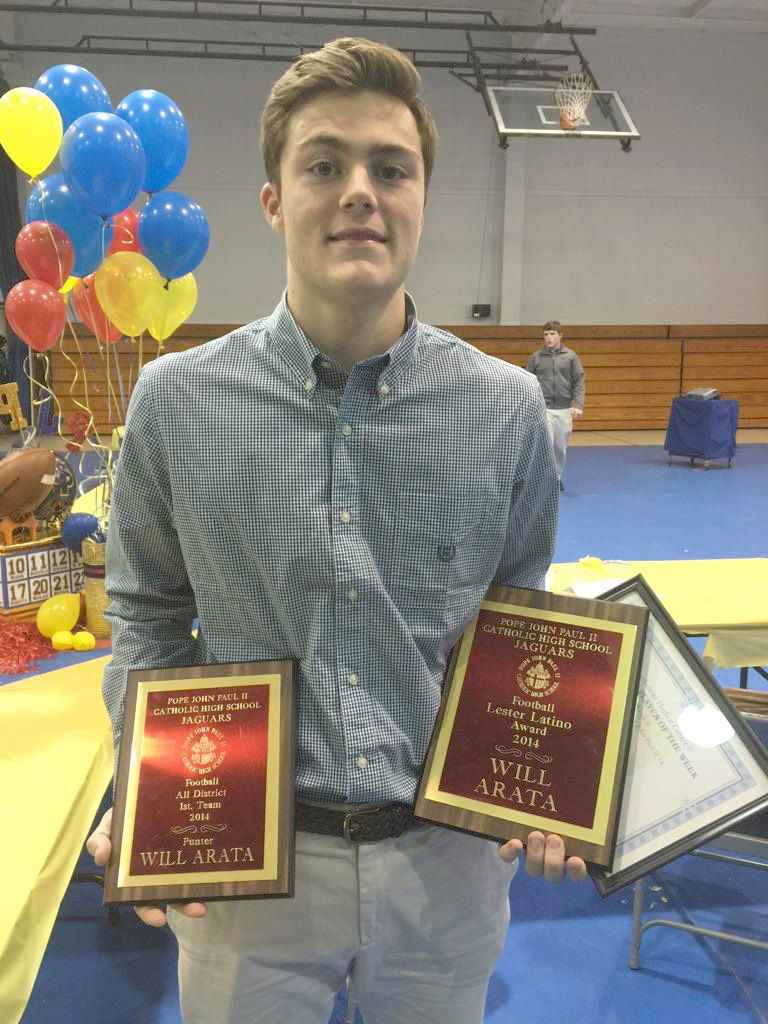 Pope John Paul II senior Will Arata is pictured holding plaques after being a selected a first-team all-district player (left) and for winning the Lester Latino Award. The Bogalusa resident is a first-team all-district player in the 7/8-2A league at punter. The Lester Latino Award goes to the Pope John Paul II senior who had the best career. Arata is also a member of the school’s soccer team. The second-year captain plays holding midfielder and defender for the Jaguars.