Robinson taking talents to next level 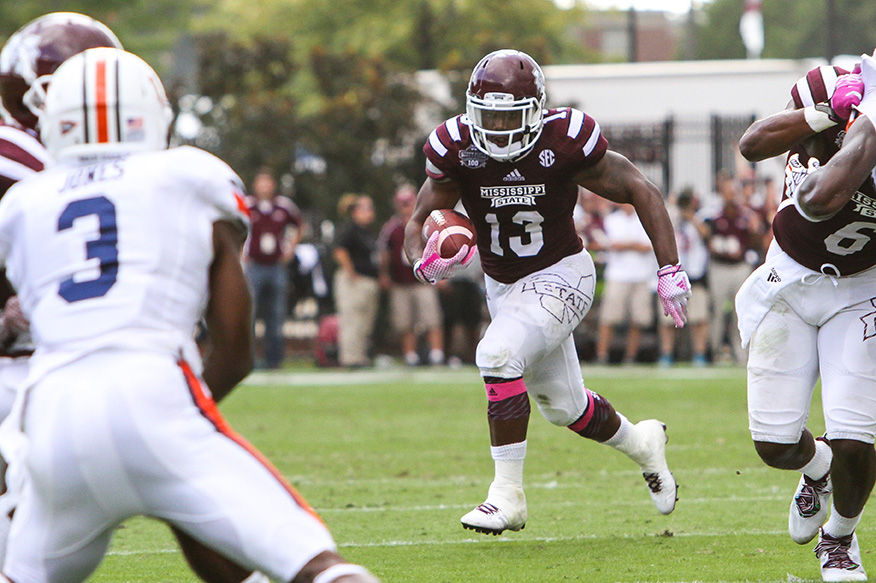 “It wasn’t a decision I made this year,” Robinson said. “I made it since my first year as a freshman. I set up a plan and I’m following my plan. I wanted to be consistent on the field and off the field and graduate. I wanted to put myself in the best position possible.”

“It’s about graduating, meeting the woman I want to marry, starting a family and sharing my blessings along the way,” Robinson said.

The redshirt junior played a key role in the Bulldogs’ outstanding 2014 season.

Robinson got his chance to start this year and took advantage.

The rushing attempts and yards were team highs and he was second to quarterback Dak Prescott in touchdowns. Prescott finished with 14 touchdowns.

Mississippi State went 10-3 overall this season and 6-2 in the Southeastern Conference.

“This team was born on Jan. 1, 2014,” Robinson said. “We had to put in the work from that day forward and we did. We knew what type of team and what type of season we wanted. It didn’t work out exactly the way wanted, but we had a good run. We made history.”

The Bulldogs made it to the Capital One Orange Bowl in Miami but suffered a 49-34 loss to Georgia Tech Wednesday.

Robinson ran for 75 yards on 13 carries (5.8) and a touchdown in the Orange Bowl for the Bulldogs.

Off of the field, Robinson has hit the books too.

“My grandma didn’t raise a fool,” Robinson said. “She always taught me to hit my books and ball out.”