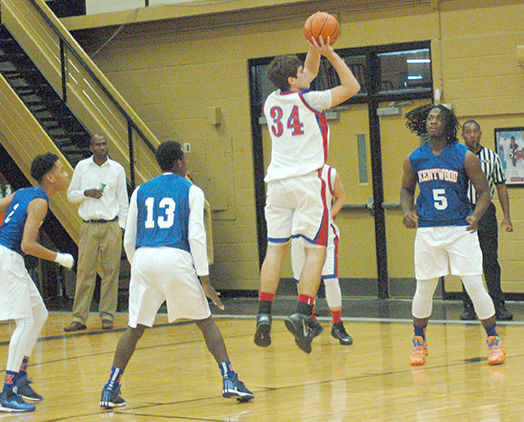 Lumberjacks take runner up in tourney

The Lumberjacks, who split their two games in the event, lost in the title game, 89-76, against Denham Springs Saturday.

Scott led the way with 26 points and Robertson put up 20.

Bogalusa captured its first game of the tournament with a 65-47 victory over Jewel Sumner.

Robertson and Tremarcus Levi both had eight in the victory.

“We played really good ball,” Bogalusa coach Stradford Goins said. “We had a whole lot more confidence coming into the game against Sumner. We tried to solidify some weaknesses we had the last time we played Sumner. I was really happy with the way our team hustled throughout the tournament. We were down by as much as 30 points to Denham Springs, and we cut it to 13 by the end of the game. We kept our competitive nature throughout the whole tournament in good and bad situations.”

Pine went 1-2 in the tournament.

The Raiders opened up with a 57-42 victory over Kentwood Thursday.

The Kangaroos were led by Bryce Chappell’s 20 points. Saderian Wells had six, Kevonte Venable had five and Brandon Miller finished with three.

Lowell Pittman, Jamie Adcox and Jerron Hughes all finished with four points each.

In Friday’s action, the Raiders lost to Denham Springs, 73-48.

The next contest was a setback to St. Helena College and Career Academy.

“We were real happy these teams traveled out here for the tournament,” Goins said. “They provided great competition and showed great sportsmanship. Having the JV tournament was also very beneficial to getting kids more experience. We thank all of these teams and hope they come back next year.”

Four Washington Parish players were named to the all-tournament team.

Scott and Robertson made the club for the Lumberjacks, while Cooper and Phelps are on the squad for Pine.

Up next for the Lumberjacks and Raiders, the teams are competing in the 2014 Archbishop Hannan Hustle Tournament.