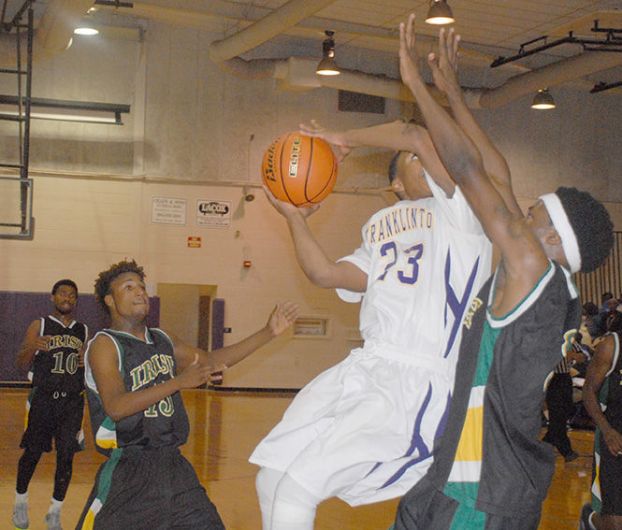 Franklinton captured the Jimmy Magruder Memorial Tournament Saturday with a 58-35 victory over Fontainebleau in the finals of the event, which was hosted by Franklinton.

“It was no cakewalk,” Franklinton coach Randall Ginn said. “I thought we played better team ball, and I liked our body language the entire tournament.”

“We held Fontainebleau to 12 made field goals, one of which was a three,” Ginn said. “We were real pleased with our defense, particular on number 5 (Justen Mascaro). We focused on him and tried to make somebody else beat us, and nobody could, so we were happy with our rotation.”

Nick Burkhalter led the way for the Demons with 18 points, while Tray Anders also finished in double figures with 14.

In the Yellow Jackets’ win, Jessie Pouncey had a monster game, scoring 38 points, including three treys.

Corterio Williams also had a solid contest, recording 28 points, which included a 3-pointer.

In Varnado’s OT win, D.J. Jefferson hit a 3-pointer at the buzzer to send the game to overtime tied at 53-53.

Two Franklinton players made the all-tournament team, including Burkhalter and Anders. Pouncey made it for Mt. Hermon, while Jefferson was on it for Varnado.

The other two players to make the all-tournament team were Fontainebleau’s Mascaro and Grace King’s Chris Hart.

Mt. Hermon is back in action Dec. 16, hosting Varnado.