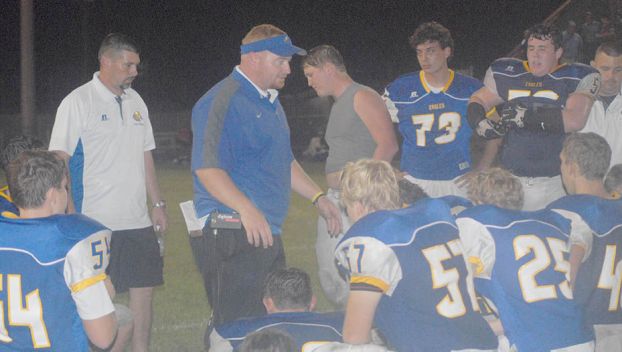 Ben’s Ford Christian School coach Cole Holden, who completed his first season as the Eagles head coach, speaks to his club following a game earlier this year. Holden is an assistant coach on the South staff of the MAIS All-Star game, which takes place Friday at 2 p.m. at Jackson Prep. Holden guided the football team to its first-ever playoff appearance this season. The team finished with a 6-5 record in 2014.