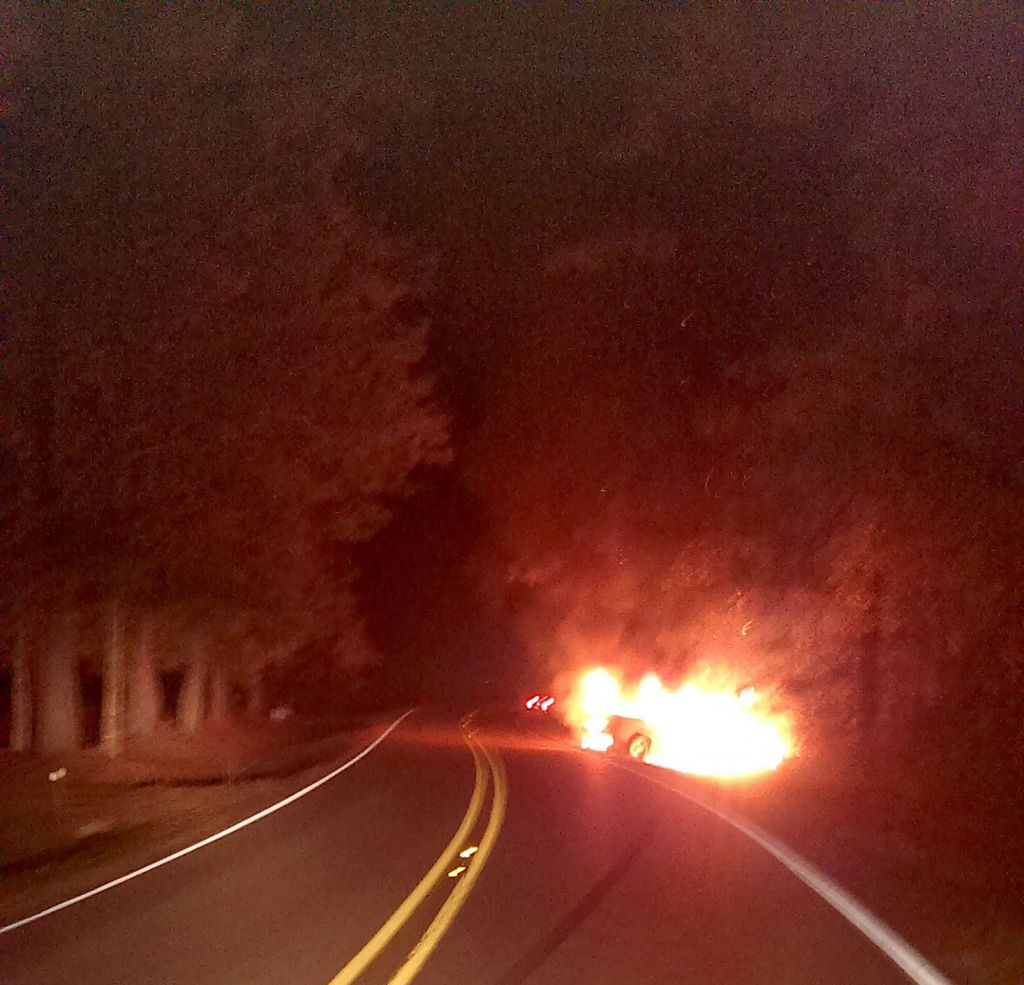 The Washington Parish Sheriff’s Office is searching for a man who recently escaped his burning truck shortly after it burst into flames.

Daily News employee Donovan Boone came upon the crash shortly after it happened on Louisiana Highway 60 near Knapp-Thomas Road. The crash occurred Saturday morning at approximately 12:30 a.m. on Nov. 15. The quick-thinking Boone assisted the man in escaping from the burning vehicle.

“The guy lost control and slammed into some trees,” Boone said. “I came upon his truck on fire. The guy was in his truck kicking the windows screaming that he didn’t want to die.”

Boone said he took the receiver hitch off his truck and broke the window of the burning truck to allow the man to escape.

“He thanked me and gave me hug and said that I had saved his life. I called 911, and he fled the scene,” Boone said. “The fire department showed up and put the fire out.”

Boone said the driver was alone in the vehicle when it crashed. Boone described the man as young and Caucasian.

A Louisiana State Police trooper is expected to show Boone photographs of suspects. The Washington Parish Sheriff’s Office is assisting the State Police. No arrests had been made in the case as of Thursday morning.

“We want to get to the bottom of it and find this man,” Sheriff Randy Seal said.

Boone said the incident was one he won’t soon forget.

“It was a scary sight,” Boone said. “The truck could have blown up, but you do what you’ve got to do.”