Franklinton looks to advance in postseason 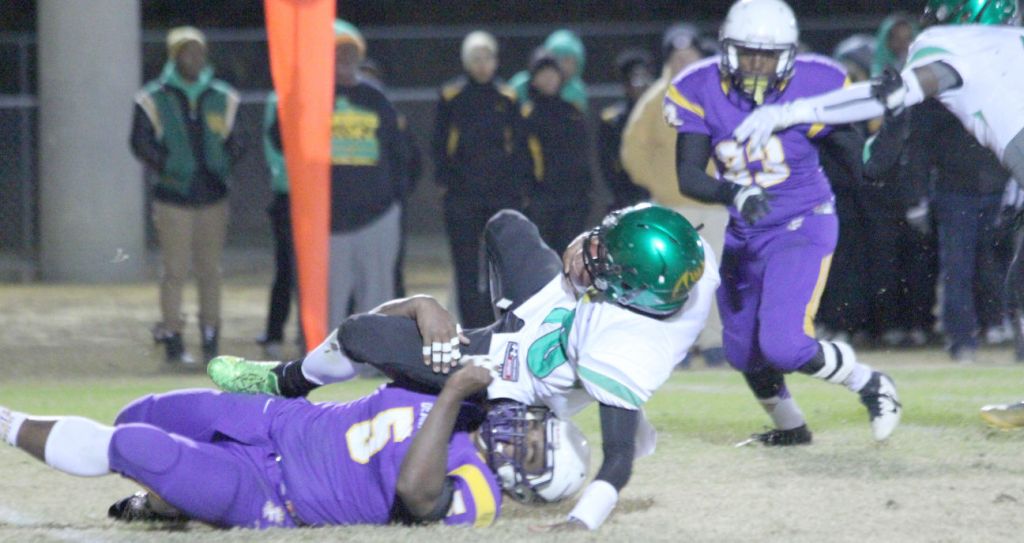 Franklinton attempts to move into the quarterfinal round of the Class 4A playoffs, as the Demons host Rayne tonight in the regional round.

Third-seeded Franklinton enters the contest with a 10-1 record and the Demons are on an eight game winning streak.

Tonight’s winner advances to the quarterfinals to face either sixth-seeded Landry/Walker or No. 11 LaGrange.

Offensively, Azende T. Magee leads Franklinton’s rushing attack. He enters with 1,006 yards on 102 carries (9.9 per attempt) and is second on the club with 12 touchdowns. Magee also has 16 catches for 187 yards (11.7 per reception) and two scores.

Renaz Wilson, who missed part of the season with an injury, is second with 750 yards on 121 attempts (6.2) and he tops the Demons with 13 scores. Last week, Wilson had a strong game, going for 136 yards and three touchdowns.

One of the big reasons for the Demons’ offensive success has been the offensive line.

“They’re physical and they’ve had the best practice this week in the last four or five weeks,” Franklinton coach Shane Smith said. “They have more energy this week. I think that’s because we found some things we can improve on. They understand that they’ll have to play better for us to continue to advance.”

Defensively, the Demons turned in another solid performance last week. They held Washington-Marion to just two yards rushing on 25 attempts and 29 yards passing.

Percy Briggs intercepted two passes and recovered a fumble for the Demons. He’s tied with Josh Magee for the team lead with three picks.

Like the offense, the defensive line has been strong for Franklinton this season.

Talley begins tonight with 50 tackles, , three for loss, a sack and a blocked kick.

Catchings has made eight stops, a sack, a tackle for loss and he forced a fumble.

Henderson has been in on five tackles, recovered a fumble and has a quarterback hurry.

Smith talked credited the line and the defense as a whole.

“That position group works,” Smith said. “Coach (Randall) Ginn does a good job with that group. They’re a hard working group. When I look across the practice at the defensive line, they’re always doing something. Our defense as a whole is playing with confidence and swagger.”

Switching to 14th-seeded Rayne, which is located right outside of Lafayette, the Wolves enter tonight’s game with a 9-2 record and on a three-game winning streak. Rayne has won five of its last six contests.

“We’re a wing-T football team, which you don’t see a lot anymore, but it suits our team. You can move the football without having the best athletes,” Rayne coach Curt Ware said.

Ware is in his 10th season as the Wolves head coach.

Jaylon Reed, the son of former LSU and NFL wide receiver Josh Reed is the quarterback. He’s thrown for 1,200 yards with 17 touchdowns and five interceptions. Ware said they throw the ball about 12-15 times per game.

Tailback John Michael Besse has run for 1,050 yards and 12 scores. He missed last week with a turf toe and is a game-time decision for tonight.

Trevon Fontenot is the team’s leading receiver with 25 receptions for 425 yards and six touchdowns.

Linebacker Donovan Cormier has 32 solo stops, 47 assists, 11 behind the line and six sacks this season.