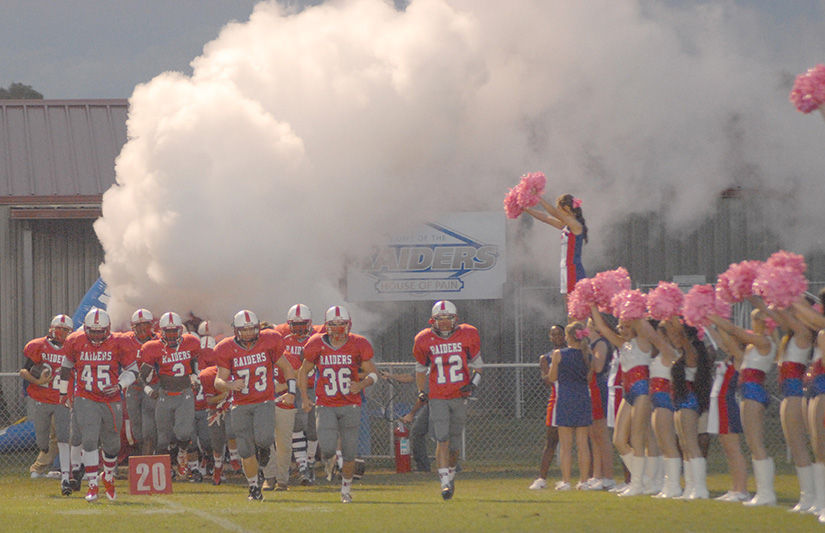 History is being made tonight at Pine tonight, as for the first time ever, the Raiders are hosting a playoff football game.

They are battling St. Helena College & Career Academy in the bi-district round of the Class 2A state playoffs.

The Raiders are hoping to add to the history books besides just hosting a playoff game, and become the first Pine football team to ever win a postseason game.

Pine, the 15th-seeded team, posted a 5-4 overall mark during the regular season and was 3-3 in district.

It’s the second consecutive week the clubs are playing each other. Last week, St. Helena defeated Pine 36-21. It was the second-straight time the Hawks have been on the victorious side against the Raiders. Last year, St. Helena won, 28-16.

“We’ve definitely got to play better on the offensive and defensive side of the ball,” Pine coach Bradley Seal said. “They ran it at will. We’ve got to be better at both outside linebacker positions.”

Offensively, Seal said the team ran the ball well, especially in the first half, but added that getting down by two scores got them out of their running game.

Seal also said his club needs to do a better job of blocking St. Helena’s two inside linebackers.

“Their inside linebackers are really good,” Seal said.

The Raiders began the year 2-0 and have alternated wins and losses ever since.

This is the second straight season Pine has made the playoffs. Last year, the Raiders lost to Rosepine, 51-50, in the bi-district round.

The winner of this game plays either second-seeded Kinder or No. 31 North Caddo.

He has 16 rushing scores this season. Paul Guttuso also posted a rushing touchdown.

For St. Helena, this is also the Hawks second straight season in the playoffs. Last year, they lost to East Feliciana, 34-12, in the opening round.St. Helena’s last playoff win was in the semifinal round of the 2004 playoffs, a 12-6 win over Mamou. St. Helena lost in the finals, 46-2, against West St. John.

This season, the Hawks began 0-6 but closed out the regular season by winning three of their last four.

The only loss during that stretch coming to St. Thomas Aquinas (9-1).

St. Helena coach Brandon Brown said their record is not an indication of their team.

“We’ve been close in some games (two losses decided by five or fewer points),” Brown said. “We had some injuries when we were playing some of the bigger schools earlier this season. We’re getting healthy and we were able to contain Dillon a little last week.”

Defensively, the Hawks are a 4-4 group.

The top defenders are inside linebackers Cooper and Banks.