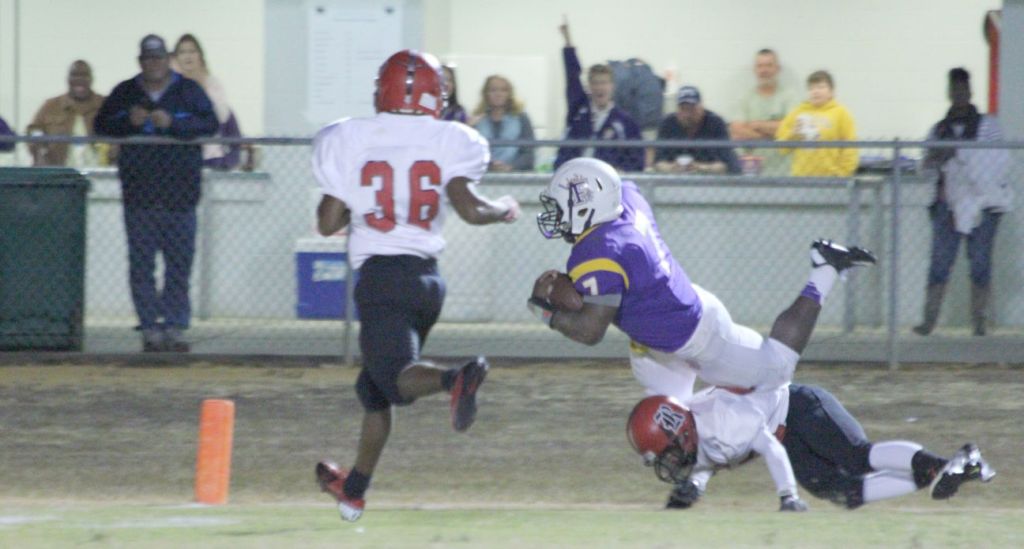 Franklinton capped off the regular season with sevenstraight victories and a District 8-4A championship last week.

Tonight, the next step for the Demons begins as they enter the Class 4A playoffs and host Washington-Marion.

The third-seeded Demons finished the regular season with a 9-1 overall record and 5-0 in district.

Franklinton hasn’t lost since Sept. 19 in a 41-20 setback to Brother Martin.

The Demons made it to the quarterfinals last season before falling to eventual state runner-up Edna Karr 26-0.

The winner of tonight’s contest plays either No. 14 Rayne or 19th-seeded Leesville.

FHS quarterback Michael Wilson has completed 73 of his 138 passes (52.9 completion percentage) for 1,283 yards, with 10 touchdowns and four interceptions.

DeAndre Allen and Chandler Davis have most of the receptions for the Demons.

Allen begins tonight’s play with 21 catches for 512 yards and six touchdowns. Davis starts with 23 receptions for 459 yards and four scores.

Defensively, Relik Wilson tops the Demons with 69 tackles. He has also hurried the quarterback 10 times, while making four sacks and blocking two kicks.

Justin Alford is second with 63 stops, four for loss and has four hurries with 1.5 sacks.

Washington-Marion, which is located in Lake Charles, comes into the game as the 30th-seeded team. Last week, Washington-Marion completed a 4-6 regular season in which the club was 3-3 in district play.

“If you look at the schedule, we’ve played three 5A schools (Barbe, Sam Houston and Sulphur),” fifth-year coach Freddie Harrison said. We lost those games, but those teams are all in the playoffs.”

Two of Washington-Marion’s district losses were by seven or fewer points. The other league loss was to LaGrange last week, 49-12. LaGrange is the 11th-seeded team.

“We have a young team. One day, they’re going to learn how to be consistent.”

Tyler Pete, who has thrown for 900 yards and eight touchdowns, is the team’s quarterback.

The running backs are by committee. Jacobi Taylor enters with 1,100 rushing yards and nine touchdowns. Robert Owens enters with 700 yards and six scores. Rawlin Guillory has 600 yards and eight scores.

Defensively, Washington-Marion bases out of a 3-4.

The top defensive players are linebacker Devin Hamilton and defensive back Romante’ Lewis.