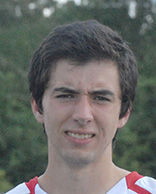 Pine suffered a 36-21 loss to St. Helena College & Career Academy at home Friday to cap off the regular season in a District 7-2A contest.

The Hawks opened the game by recovering an onside kick and scoring on that possession to go up, 6-0, after the extra point was no good.

Pine (5-4, 3-3) responded and tallied when Derrick Dillon scored from the 10. Logan Wood hit the extra point, giving the Raiders their first lead, 7-6.

St. Helena retook the lead on the following possession and was good on the 2-point conversion, putting the team ahead, 14-6.

The Raiders continued to stay with the Hawks. Paul Guttuso took a handoff and ran 45 yards to pay dirt, trimming the lead to 14-13. Pine’s PAT attempt was no good, keeping it a one-point game.

But St. Helena made it a two-possession game on a 60-yard run in the second quarter. The Hawks were good for two and led 22-13.

Pine pulled within one by halftime on a Dillon 85-yard run and then Dillon capped off the touchdown by running in the 2-point conversion. St. Helena led, 22-21, at the break.

St. Helena scored a touchdown in the third quarter and missed the 2-pointer for a 28-21 margin.

The Hawks added another in the fourth period. The Hawks were good for two on the final TD to reflect the final score of 36-21.

“We just didn’t show up and play with intensity like we have in other games,” Pine coach Bradley Seal said.

Pine will have to wait for the playoff brackets to come out to see who they face in the opening round of the postseason.