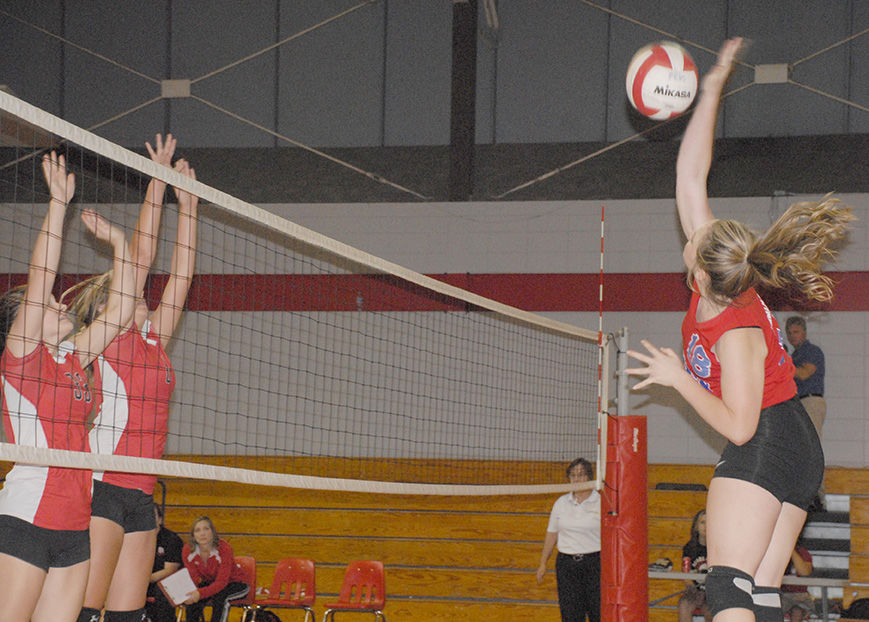 Pine’s volleyball team has made history.

The Lady Raiders have made the playoffs for the first time in the program’s four-year history.

“The girls were well coached before I got here,” first-year coach Tammy Voth said. “They stay after school and work hard. They’ve continued to improve. The accomplishment is all theirs. I’ve been there to kind of lead them, but they did all of the work themselves.”

The Division IV team made the postseason as the 18th seeded team and competes in its first postseason game tomorrow at 4:30 p.m.

Pine is going up against No. 15 Haynes Academy.

The match is being played in Galatas Gym, which is located at 41 Nassau Drive in Kenner.

The winner plays second-seeded Louise McGehee, a team that has a bye to the regional round.

Pine has just one senior this year in Rachael Williams.

“She’s one of our best outside hitters, but she can play all of the positions,” Voth said. “She was a setter for us last year, but we decided to move her to outside hitter. She’s very versatile. Rachael Williams has come a long way in her four years. She’s a leader for us. She’s always encouraging the girls to stay focused.”

Pine finished with a 7-13 overall record. The Lady Raiders failed to win any of the eight District 3-IV matches in a league that proved to be tough. All five teams made the postseason. Pope John Paul II is the top-seeded squad, while Archbishop Hannan is fifth. Both of them have a bye.

Northlake Christian School made it at No. 11 and hosts 22nd-seeded Cohen College Prep, with the winner facing sixth-seeded Isidore Newman.

St. Thomas Aquinas is the No. 14 team battling 19th-seeded St. Katherine Drexel, and that winner goes against No. 3 John Curtis.