Varnado loses to Southern Lab in District 6-1A play 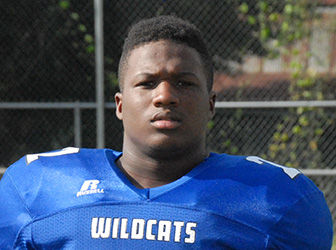 Varnado’s two-game winning streak came to an end Friday in a 50-6 loss to Southern Lab in District 6-1A play at home.

The Wildcats (4-5, 1-2) got off to a rough start. Varnado lost quarterback D.J. Jefferson on the first play with an injured thumb. Varnado coach Scott Shaffett said Friday night that he didn’t know Jefferson’s status.

“When D.J. went out, it limited our offense because Slim (Delrick Abrams) can’t throw the ball (injured shoulder), so we were forced to hand the ball off,” Shaffett said.

Southern Lab (4-5, 3-0) had a 14-0 lead after one and extended the advantage to 26-0 by halftime. VHS ended Southern Lab’s shutout bid in the third quarter on a Dearius Parker 40-yard run.

Southern Lab outscored Varnado, 14-0, in the third quarter for the victory.

“That’s the team that I believe will win the state championship in the select schools Division IV,” Shaffett said. “They’ve got talent everywhere.”

VHS is back in action Friday, hosting Madison Prep Friday in the regular season finale.