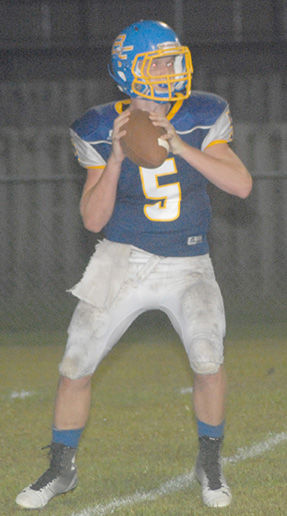 Ben’s Ford Christian School’s season came to a close Friday with a 40-0 loss to Silliman Institute in the opening round of the MAIS Class AA playoffs.

“We didn’t play well defensively, and they played well offensively,” Eagles coach Cole Holden said. “Offensively, we had opportunities. We were inside the 10 three times and got to the 1 twice, but just couldn’t punch it in.”

The last two times were right before and just after halftime, with the Wildcats holding a 25-0 advantage

This was the first time Ben’s Ford’s football program has made the playoffs.

“It’s always disappointing when you lose in the playoffs, but this is the first time the school’s made it in football,” Holden said. “It’s been a special ride for the kids, the coaches, the community and the school. These seniors can look back on it and say they were the first class to make the playoffs.”

Despite the loss, Holden said it’s been a good year.

“We’ve taken some major strides with the program,” Holden said. “It’s going to be hard to replace these nine seniors, but this year we’ve set the foundation with this senior class and their leadership. Hopefully we can keep this thing rolling.”