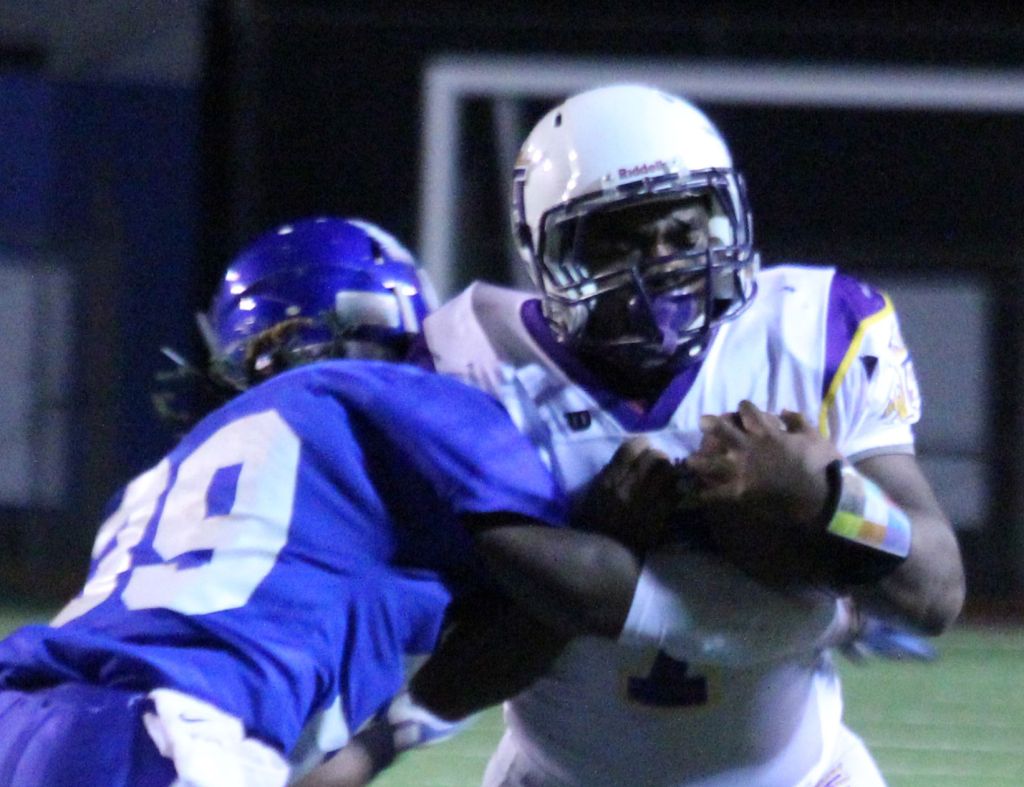 Franklinton’s Renaz Wilson ran for 138 yards and three touchdowns, and the Demons clinched at least a tie for the District 8-4A title Friday with a 35-19 victory over East Jefferson at Joe Yenni Stadium in Metairie.

East Jefferson (5-4, 3-1) took a 7-0 lead in the first quarter on a 50-yard run, but Wilson gave the Demons an 8-7 lead with 30 seconds remaining in the opening period. Wilson scored on a 21-yard run and then added the 2-point conversion.

It stayed that way until the second quarter, when Josh Magee took the ball from an East Jefferson ball carrier and returned it 87 yards to the end zone. Conner Ackerman’s extra point was good, and FHS’ lead was 15-7.

Franklinton nearly added to its lead before halftime. The Demons moved the ball to the 3, but an incompletion on fourth down ended the drive. FHS had a 15-7 advantage at the break.

Then, the Demons (8-1, 4-0) fumbled and the Warriors recovered. East Jefferson took the ball down the field and tallied from the 7. The PAT was no good, but the Warriors were ahead, 19-15.

But FHS retook the lead before the conclusion of the third period.

Magee returned the kickoff to East Jefferson’s 10, and Michael Wilson scored on a 1-yard sneak. The point after was no good, and FHS had a 21-19 lead.

Franklinton made it 28-19 in the fourth with Renaz Wilson’s 6-yard run. Ackerman added the extra point with 5:43 to go.

Nearly three minutes later, Renaz Wilson scored from the 8, and Ackerman was good once again to reflect the 35-19 final.

Franklinton coach Shane Smith said it was a hard-fought game.

“Their guys played good football, but every time we got down, somebody made a play,” Smith said. “The inability to throw the ball hurt us. We had about a 25-mile an hour wind. Renaz and Azende (T. Magee) had some good runs for us, which really helped.”

Azende T. Magee finished with 84 yards on 10 carries and Michael Wilson completed 4 of 7 passes for 61 yards.

Franklinton is back in action Friday at home against Riverdale in the last week of the regular season.