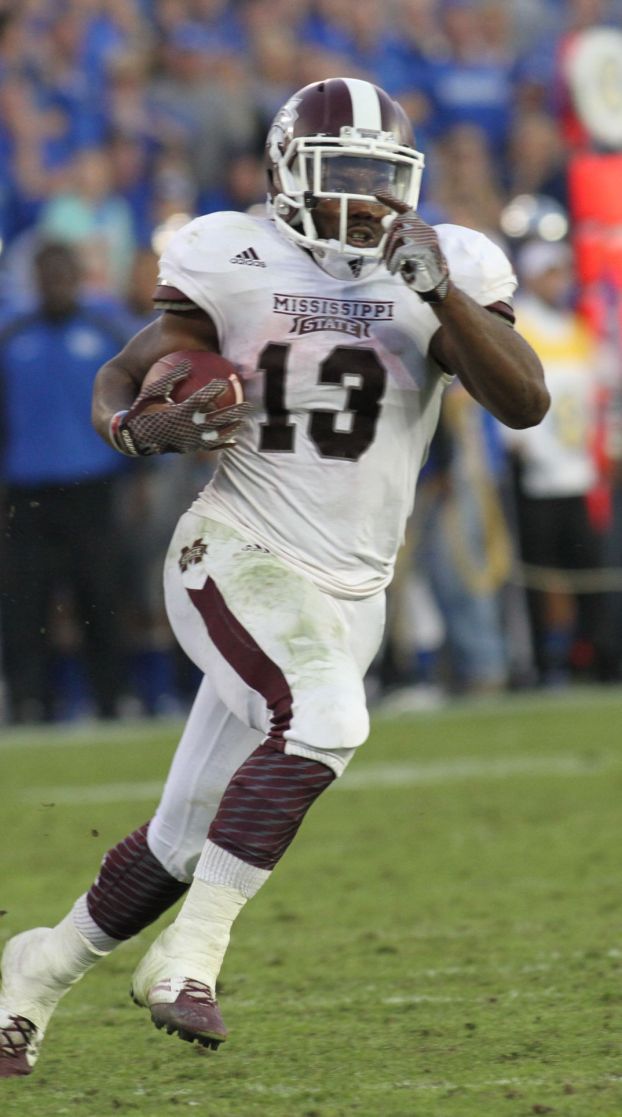 Robinson, a 2011 Franklinton High School graduate, ran for a career-high 198 yards on 23 attempts (8.6 yards per attempt) and two touchdowns for the Bulldogs in a 45-31 road win over Kentucky last Saturday. His touchdown runs came from 12 and 73 yards.

One of his best runs wasn’t for a touchdown. It was a 22-yarder where he broke seven tackles. With MSU up 24-17 in the third quarter, Robinson took a first down handoff, started up the middle and broke two attempted tackles. He then cut left and broke two more. Two more guys got their hands on him but couldn’t bring him down at about the 25. Robinson then got free. He reversed field back to the 20, picked up some blocks, outran a defender toward the sideline and turned upfield before carrying two defenders about three yards to the 41.

The Bulldogs, who are the top team in the country with a 7-0 overall record and 4-0 in SEC play, return to action tomorrow at home against Arkansas. Kickoff is set for 6:15 p.m. on ESPN2.