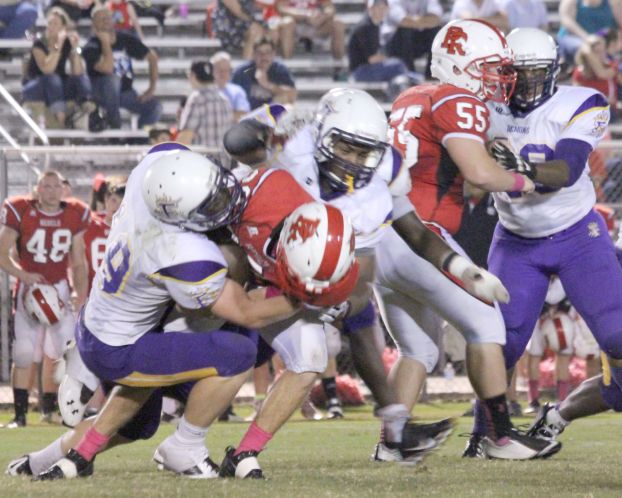 Franklinton (5-1, 1-0) enters tonight on a three-game winning streak and has been playing extremely well since its 41-20 loss to Brother Martin in the third week.

Over the last three weeks, the Demons have outscored their opponents 161-19, which includes last week’s, 62-0, victory over Pearl River to open district.

Franklinton’s spot remained the same at No. 6 in the Louisiana Sports Writers Association’s Class 4A rankings.

Franklinton is fourth in the Class 4A power rankings.

The Demons have won five of the last six meetings in this match up and six of eight since 2007. All of those games have been district contests except for one, which was the 2009 state semifinals, a 60-0 victory by the Demons.

Except for two years since 2007, the team that has won this game has won the district outright. The two years that didn’t happen were 2011 when FHS, Salmen and Lakeshore finished in a 3-way tie, and last year, when East Jefferson won the league title.

Franklinton quarterback Michael Wilson has completed 51 of his 101 pass attempts (50.5 percent) for 782 yards, with six touchdowns and three interceptions.

Tajh Magee got some extended playing time last week and was 5-of-8 passing (62.5) for 71 yards, with two touchdowns. He was also the team’s leading rusher with 52 yards and a score.

He’s also recorded 11 catches for 116 yards and a touchdown.

Defensively, the Demons continue to be impressive.

Teams are averaging 147 yards per game against FHS, and the Demons have allowed 99 points this season (16.5 per game). Eighty of those were put up over the first three weeks.

Martavius James leads the team with 43 total tackles to go with two interceptions and one returned for a touchdown.

Kobe Crain has made 31 stops, three for loss and six hurries.

Justin Alford is also at 31 tackles this season for Franklinton.

Salmen opens this week after getting in the win column for the first time this season last week.

Salmen’s last two losses in the 0-5 start were against John Ehret and Catholic of Baton Rouge, which are both 5-1 this year. The Spartans have given up at least 35 points in four of their six games.