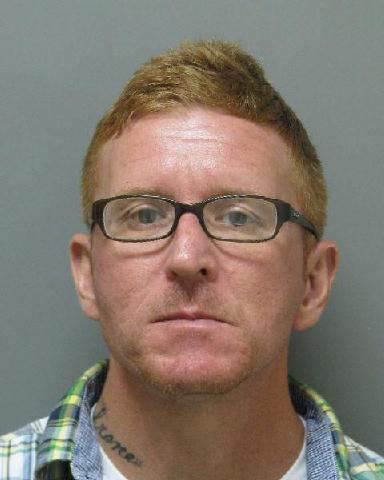 An apparent armed robbery turned into a stabbing that left one man dead and another seriously injured in an incident Monday night near the Exxon Station on South Columbia Road at Louisiana Highway 21 South.

On Oct. 13, at 8:40 p.m., the Washington Parish Sheriff received notification from Our Lady of the Angel’s Hospital in reference to two stabbing victims coming into the emergency room for treatment. Demarauis Wilson, one of the victims, died at the hospital. Before succumbing to his injuries, however, Wilson told detectives he had been robbed by a white male near the aforementioned service station. The other victim was Christopher Ramsey, who had a stab wound to the throat and was transferred to University Hospital in New Orleans because of his injuries. No statement was obtained from Ramsey as he was put into a medically-induced coma.

After investigators left the hospital, the investigation leads officers to a trailer positioned behind 2228 S. Columbia St., which is a mobile home. Evidence was located in the area of the residence prompting officers to conclude this was the crime scene of the stabbing. Among the evidence was clothing matching the clothing missing from one of the victims that was located in the front yard. Also, apparent blood was observed on items in front of the front door on the porch area. The residence had missing curtains, and several areas of blood were detected all about the living room and kitchen of the trailer. Some windows were also broken, and furniture was overturned.

The residence was searched after a search warrant was obtained, and no one was located within the residence, but there were massive amounts of blood. Some splatter was detected behind the living room couch on the wall, which appeared as if someone was struck as they were in a seated position. Other splatter was located on the living room wall on the other side of the room. This splatter was higher, thus giving detectives the impression that someone was stabbed in this area from a higher than seated position. There were also massive amounts of passive blood drops from someone standing in the kitchen. Louisiana State Police Crime Lab units were called in to assist with this scene.

Investigators learned David Allen and his nephew, Christian “Chase” Henry were the inhabitants of the trailer. It was also discovered from their family members that they frequent the residence of Rick Caldwell, who resides in the house at 2228 S. Columbia St. That residence was checked, but no one was there other than Caldwell, who was informed that Allen and Henry were persons of interest in a murder investigation.

A green jeep had been seen at this residence just prior to the murder/robbery, driven by a white female known to investigators as Bridget Martin Roach. Detective Damon Mitchell knew where this subject resided, which was across the state line in Crossroads, Miss., so he was sent to see if her vehicle was home. After spotting the vehicle, Pearl River County sheriff’s deputies were called in to assist. Contact was made with Roach, and she agreed to come to Bogalusa in her vehicle to provide a statement. A baseball bat and obvious blood spots were visually noted in her vehicle.

Roach was advised of her Miranda Rights, which she waived and gave a voluntarily statement. Initially, she tried to distance herself from the incident, but she did admit to being at the trailer in question belonging to Allen and Henry. Robert Shane Taylor allegedly was also present, and they all had a conversation about committing a robbery on someone to steal narcotics. Roach said the males asked her to go and get her pistol, so they could facilitate the armed robbery. Roach also admitted to travelling to pick up Henry, Allen and Taylor in the woods near Jenkins Building Supply Company prior to the armed robbery. Before she arrived, she said she was contacted by the group telling her to hurry. Roach admitted to picking up all three subjects, dropping Allen and Henry off at the abandoned Bowling Alley adjacent to the Pub Lounge in Bogalusa, and then taking Taylor to Kody Kellis’ residence in Angie.

Roach also alleged that Henry had crack cocaine in his mouth he took from the two victims after they were robbed, and he spit the crack out of his mouth after getting into the vehicle and gave it to Allen. According to Roach, after she dropped Allen and Henry off, Taylor told her about seeing Henry stabbing one of the victims.

During the course of the investigation, Roach admitted she is using heroin, and she said she left to use some before the robbery.

Investigators then went to Kellis’ residence and located Taylor. He was taken into custody without incident and admitted to being present when the armed robbery was planned was discussed. He denied seeing the actual stabbing, but he said he heard it occur.

The following morning, investigators returned to the wooded area near Jenkins Lumber Company and walked the woods to Allen and Henry’s trailer and the area around the Bowling Alley and rechecked the residence belonging to Caldwell. Upon the officer’s approach, they detected people scurrying about rapidly inside the house. Caldwell then told the investigators that Allen and Henry had returned, and they were inside hiding. Deputies called for assistance and were able to take Allen and Henry into custody without further incident. According to the Sheriff’s Office, there was evidence of blood inside the residence and several clothing items belonging to both men were washed in the washing machine and some other garments wet and washed resting inside an open dryer.

When questioned, Caldwell said that both men slept in the woods in an area behind his residence under an old garage area covered by a tin roof. This area was located along with a bag of evidence that included a suspected murder weapon.

Allen exercised his right to remain silent and did not provide any statement.

Henry did admit he conspired with Allen, Taylor and Roach to rob a subject for his drugs. Chase advised they stole heroin and crack cocaine from the two men.

After learning more details about Roach’s role in the armed robbery, she was called and asked to come back to the Sheriff’s Office. She complied and was arrested once she arrived.

All four suspects were taken into custody without an arrest warrant pursuant to a continual and immediate investigation and upon established probable cause that all four subjects conspired together to commit an armed robbery of Wilson and Ramsey for their narcotics.