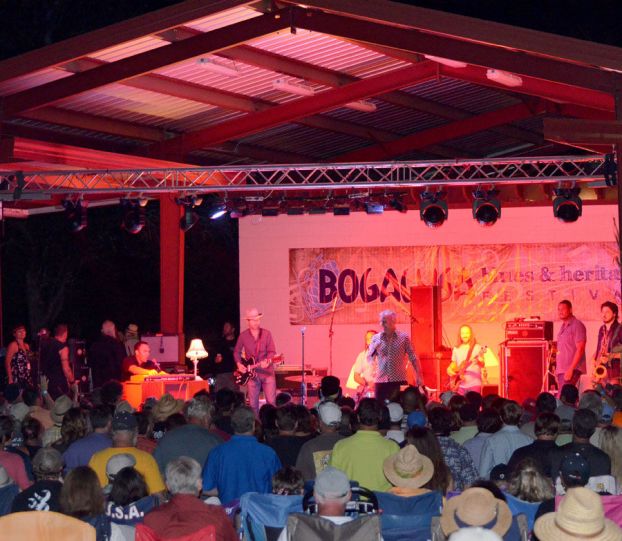 Bogalusa Blues and Heritage Festival organizers estimated the past weekend’s attendance at approximately 7,500 for the two-day extravaganza at Cassidy Park.

“That was kind of our goal, between 7,000 and 10,000,” BBHF Executive Director Malinda White said Tuesday morning. “We were very happy to see that. The attendance increased for us at a nice pace, and we were able to handle that.”

The annual festival is in its third year. White said organizers are already working on the 2015 event, which is scheduled for the last Friday and Saturday of September.

White said the event was received well from what she heard from festival attendees.

“I’m exhausted,” White said. “But it’s a good exhaustion to see so many people smiling and having a good time. We’re happy about the traffic and want to continue to grow and be prepared for future crowds. We feel like we did that in handling it the way we did.”

White said she wants feedback in the planning of future festivals. She can be reached at malinda@bogalusablues.com.

“We enjoy hearing the positives, but we want to hear about ways we can improve,” White said. “We’ll talk about the feedback at the next board meeting. We made some improvements this year based on feedback, and we want to make continuous improvement.”

White said tent camping and campers were a big hit. It was the first year campers and tents were allowed.

“That will explode for next year,” White said. “We expect people to begin making reservations for next year. We anticipate that to grow.”

Overall, White said the weekend was a good experience for the city and everybody concerned.

“It was just a very proud moment to look from the stage and see so many smiling. We’re thankful for the community participation in making it the success it was. The Bogalusa High School JROTC plugged in every hole we had, and all the civic leagues and banks became involved. The Washington Parish Public Transit extended its hours to provide shuttles for our visitors. That made a good impression on visitors that we can accommodate the crowd. We had the Dogwood Ladies and Civic League of Bogalusa helping. Bogalusa High School and Varnado High School seniors volunteered with parking. It was a real community effort to host this event. I’m excited to have so many organizations involved.”

“It was incredible,” Culpepper said. “We had three or four medical emergencies, but that was about it. It was very quiet and was a well-behaved group of people.”

Pam Knight, who was in charge of festival vendors said her group came away more than pleased.

“The vendors did well. Quite a few of the food vendors sold out,” Knight said. “Art vendors were happy. They all said they enjoyed the festival and are looking forward to coming back next year. They mentioned how beautiful the park was.”

Festival Promotions Chair Marcelle Hanemann said 30 media credentials were issued for the event, including some from as far away as Arkansas.

“Everybody who came said they loved it and coming back next year,” Hanemann said. “The people of Bogalusa have joined in the process and extended the welcome and made it a good experience for all the visitors.”