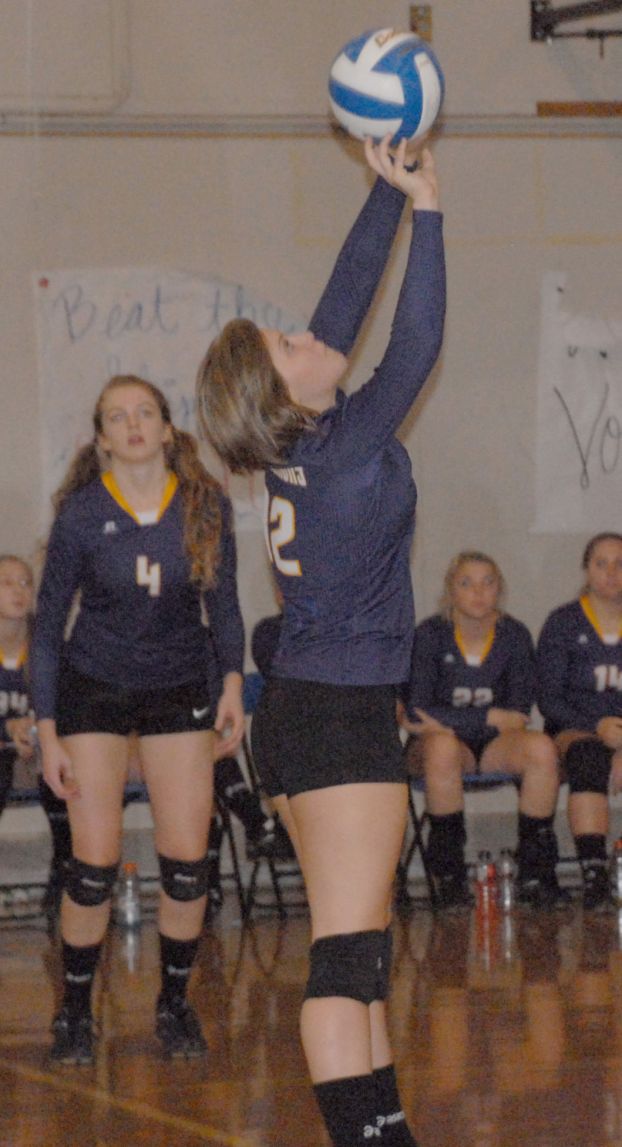 Franklinton High School’s Lady Demons had their hands full against a good St. Scholastica Academy team and lost to the Doves, 25-6, 25-6, 25-7, in a District 5-II match Thursday at SSA.

Franklinton (4-8), which is in its second year of volleyball, was facing a team that has been to the state semifinals two of the past three years, including last season, and perennially makes deep runs in the playoffs.

“This is only our second year to play. They’ve been playing forever,” Franklinton coach Leslie McGhee said.

“I think they were probably in the running for the championship last year. They have a lot more experience than we do, and we have a lot work to do. For us to see a team like that, that’s probably the best team we’ll face in the last two years.”

The Doves (15-3) scored the match’s first six points before FHS tallied. FHS kept the deficit at six, and SSA was ahead, 9-3.

St. Scholastica then put up seven straight to take a commanding 16-3 lead.

Franklinton High School took its first lead of the match at the outset of the second contest when the Doves’ opening serve went into the net to put FHS in front 1-0.

The Lady Demons kept things close through the first 10 points and trailed just 6-4.

SSA then began opening its lead. They made it 8-4 before Franklinton scored to trim it to 8-5.

Then St. Scholastica went on a 5-0 run with Mikayla Richard recording two aces during the spurt.

Franklinton’s Staci Hathcox ended the streak with a point of her own, and it was 13-6.

After Hathcox’s point, the Doves ended the game with 11-unanswered for the 25-6 victory.

The Lady Demons had the lead a couple of times in the third set.

SSA’s Allison Weimer recorded a kill, but the Doves served it into the net, giving FHS a 2-1 edge.

The Doves got the serve back on Alexis Colomb’s kill, which began a 7-0 run, highlighted by Jessica Lucio’s four aces.

FHS broke the serve, but SSA got it back on a serve into the net, and it was 9-3. The Doves continued to add to their lead and were ahead, 15-3, after Weimer went on scoring run from the service line, logging five aces. FHS then scored two consecutive points, cutting the lead to 15-5.

The teams exchanged points, with Haley Sanford downing a kill to make it 16-6, but from there, the Doves went on for the game and match win.