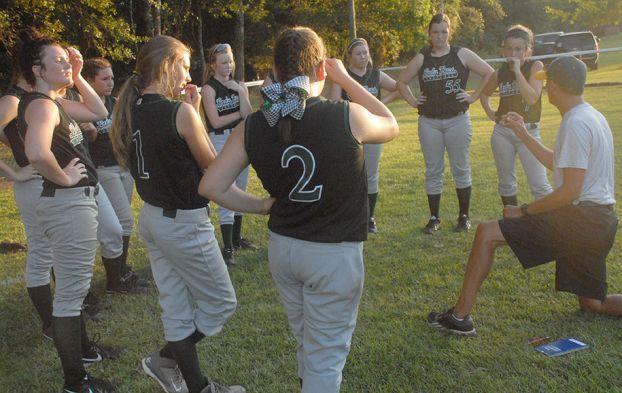 The Lady Buccaneers, who split the four games, got off to a rough start in Saturday’s opener. Bowling Green lost to District 5AA’s top seed Central Hinds, 10-0, in six innings.

The Lady Bucs were no hit.

That put the team in the loser’s bracket, but they continued to battle, winning the next two.

They rebounded with a 5-1 win over Centreville.

Kristina Jerrell recorded a pair of hits, while Madison LaSalle posted a pair of hits, including a two-run double. Cailee Fruge logged two hits and an RBI. Fruge, who pitched every inning of every game in the tournament, walked nobody and the Lady Bucs played a flawless game defensively.

King said the defense was unbelievable, as the team made no errors.

Outfielder Jerrell ended a Park Place rally in the fourth. Park Place had runners on second and third with two outs and the Lady Bucs up 2-0. A ball was hit and Jerrell made a diving catch to end the frame. Jerrell also added an insurance run in the seventh with an RBI single. Mason Edwards hit a two-run inside-the-park homer.

Fruge was solid once again, allowing three hits with five strikeouts and no walks. Bowling Green was eliminated from the tournament with a 9-5 loss to Simpson after the Lady Bucs took a 5-1 lead in the second, despite being down, 1-0, through one inning.

King said it was a similar game to the opener defensively.

In the final contest, Fruge had a hit and a walk, while Jerrell and Allie McCain both tallied a hit for the Lady Bucs.

Bowling Green’s next game is Saturday at the state tournament when they play the North AA top seeded team Bayou Academy at 9 a.m. in Brandon, Miss.

Pictured is the Pine Burr Trophy, which goes to the winner of the Bogalusa-Franklinton game. The teams play for it... read more