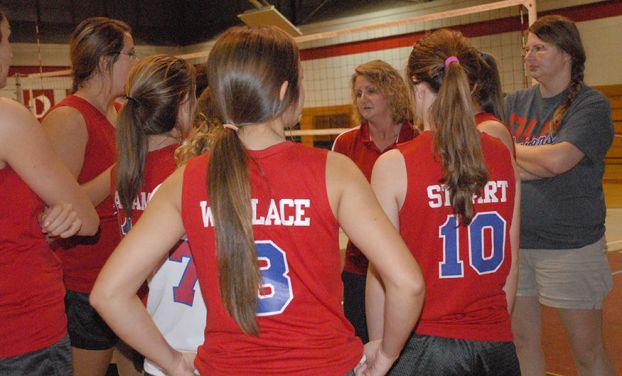 The six-team event featured two Pools A and B with three in each.

Franklinton, Varnado and Springfield were in the Pool A with Pine, Pearl River and Hammond in Pool B.

Franklinton coach Leslie McGhee said it wasn’t a good weekend for her team, but said the Lady Demons are constantly improving.

“We played well in our first set, but we just weren’t consistent in the second,” Voth said.

“We played much better when we played Hammond,” Voth said.

“I think if we could have gotten control of our nerves a little sooner we could have won against both teams. We are a young team and still experience nervousness when we begin matches. When we learn to have confidence in our team we are going to be successful.”

Varnado finished with an 0-3 record. VHS had the losses to Franklinton and Pine to start and end. The middle contest was a 25-2, 25-4 setback against Springfield.